The rocket blasted off from Cape Canaveral Air Force Station at about 10:30pm local time. 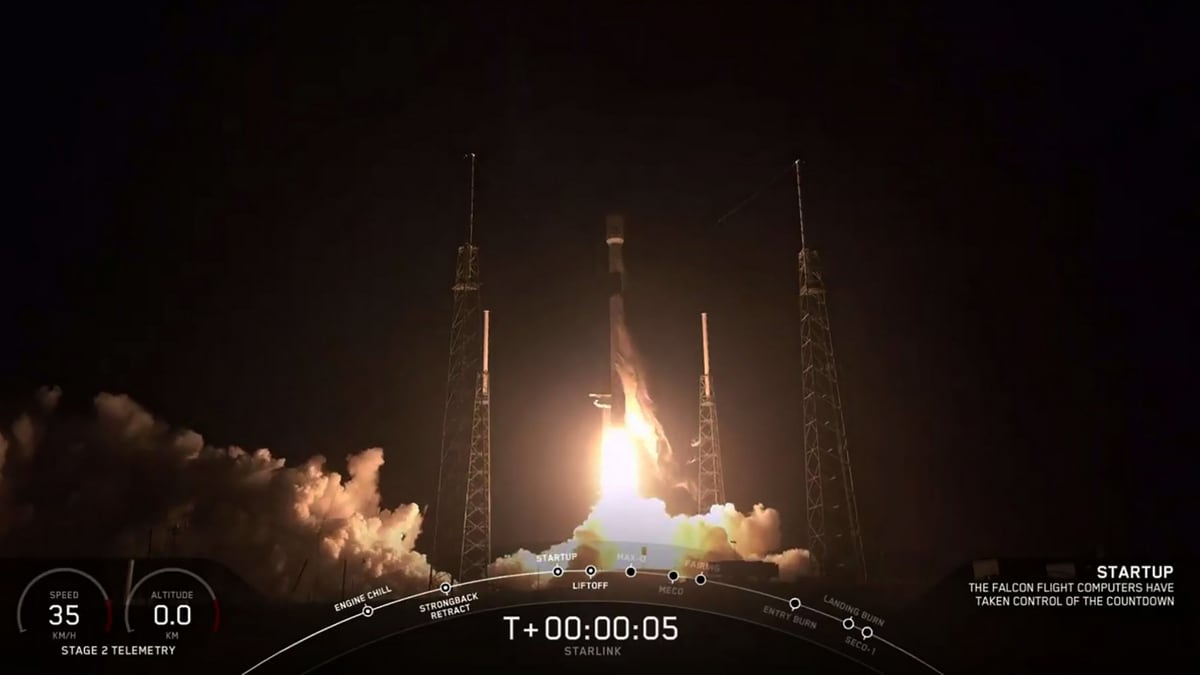 High-tech entrepreneur Elon Musk's SpaceX company launched a Falcon 9 rocket from Florida on Thursday on a mission to carry the first batch of five dozen small satellites into low-Earth orbit for his new Starlink Internet service.

The rocket blasted off from Cape Canaveral Air Force Station at about 10:30pm local time (0230 GMT Friday), marking a milestone in a global enterprise aimed at generating cash for Musk's larger ambitions in space.

The launch came a week after two back-to-back countdowns for the mission were scrubbed - once due to high winds over the Cape and the next night in order to update satellite software and "triple-check" all systems.

The Falcon 9 was due to release its cargo of 60 satellites into orbit about an hour after Thursday's launch. Each one weighs 500 pounds (227 kg), making it the heaviest payload for any SpaceX rocket to date.

Those satellites are designed to form the initial phase a planned constellation capable of beaming signals for high-speed Internet service from space to paying customers around the globe.

Musk has said he sees the new Starlink venture as an important new revenue stream for his California-based Space Exploration Technologies, known as SpaceX, whose launch service income he expects to top out at around $3 billion a year.

Speaking to reporters last week, Musk said that makes Starlink pivotal in helping pay for his larger goals of developing a new spacecraft to fly paying customers to the moon and for eventually trying to colonize Mars.

"We think this is a key stepping stone on the way towards establishing a self-sustaining city on Mars and a base on the moon," said Musk, the billionaire entrepreneur who is also chief executive officer of automaker Tesla Inc.

At least 12 launches carrying similar payloads are needed to achieve constant Internet coverage of most of the world, Musk said. Starlink is only currently authorized for operations in the United States.

In each network, the tiny satellites orbit closer to Earth than traditional communications satellites, a technological shift made possible by advances in laser technology and computer chips.

Musk said SpaceX would begin approaching customers later this year or next year. As many as 2,000 satellites will be launched per year, with the ultimate objective of placing up to 12,000 into orbit.