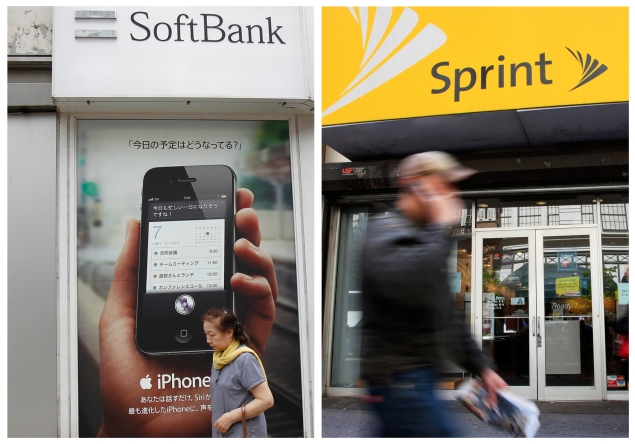 SoftBank said on Tuesday it is jacking up its bid for Sprint Nextel to $21.6 billion, the latest twist in a high stakes bid to trump a rival offer and grab a chunk of the lucrative US mobile market.

Softbank said in Tokyo it would raise its original bid by $1.5 billion to $21.6 billion, just two weeks before Sprint shareholders vote on the proposed takeover.

A joint SoftBank-Sprint statement on Tuesday encouraged Sprint shareholders to vote for the deal at the June 25 meeting, saying a rival $25.5 billion bid from US satellite communications firm Dish Network was "not reasonably likely to lead to a superior offer".

The meeting was originally scheduled for June 12, but the joint release announced it had been delayed.

The SoftBank bid would now see it control 78 percent of Sprint, the third largest US mobile carrier, up from 70 percent originally.

"We have decided to change part of the contents of the deal through negotiations with Sprint in the wake of a counter proposal of takeover by Dish Network Corporation," SoftBank said.

Under the revised deal, SoftBank would offer Sprint shareholders $16.6 billion in cash compared with $12.1 billion previously.

In May, US national security officials approved SoftBank's planned takeover, in what would be the biggest overseas acquisition by a Japanese firm.

Under the agreement, any merger must see the appointment of an independent member to the Sprint board of directors to serve as security director.

The security director, who must be approved by US authorities, will oversee national security matters and serve as a point of contact for US agencies on securities matters.

The agreement also requires that US agencies will have a one-time authority to demand Sprint remove and decommission equipment as part of Sprint's proposed takeover of the broadband firm Clearwire, a transaction separate from the SoftBank-Sprint deal.

The US Department of Justice in January urged regulators to delay the proposed SoftBank-Sprint takeover until the national security ramifications had been evaluated.

Since then, the rival bid for Sprint emerged from Dish, which has said the tie-up with SoftBank would pose national security risks.

SoftBank, known in Japan for its quirky television commercials starring a talking snow white dog and American actors including Tommy Lee Jones, has benefited from growing demand at home for Apple's iPhone.

It was the only Japanese mobile operator to offer the popular smartphone until rival KDDI, the country's second-largest operator, later started selling it.
Comments