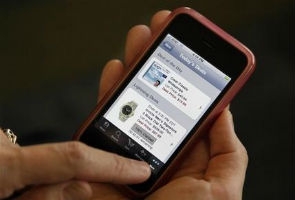 Don't let anyone tell you that SMS is dying! It's the only common medium among the 6 billion mobile-phone users on this planet after voice calls. They sent 8 trillion text messages last year. Two out of three users use SMS.

SMS, which in 20 years grew to become central to mobile telephony, does have competition from instant-message apps and services such as BlackBerry Messenger and WhatsApp.

Yet in countries such as India and China, which make up 5 billion of those 6 billion mobile users according to World Bank data, and where cheaper "feature-phones" dominate over smartphones, text is the communications lifeline.

SMS, or short message service, is the world's biggest form of written communication, in terms of users. It far outstrips all forms of computer- or mobile-based email, and data-based mobile messaging services.

It's been a long journey since the first SMS text message sent in December 1992 by British engineer Neil Papworth, then 22. He sent a "Merry Christmas" from his computer to Richard Jarvis of Vodafone. There was no reply option on Jarvis' phone. That came with Nokia's first text-capable GSM handsets phone in 1993.

The idea wasn't British. Finnish former civil servant Matti Makkonen, the "father of SMS", suggested a mobile messaging service in a 1984 conference. In a rare interview to the BBC, given entirely over SMS, the reclusive Finn says he didn't ever see SMS as separate issue - "it was just a feature in mobile communications, very useful for quick business needs".

SMS began to take off in 1995, but slowly, with the average user sending a mere 5 messages per year. The West, especially the US, was slow to adopt text messaging, and SMS growth remained slow until the mid 2000s when mobile telephony really spiked in Asia.

The flurry of traffic isn't just SMSs sent between users (peer messaging). It includes those from banking and other entities to customers (service or broadcast messages). In India, as in many countries, it's now the norm to get a verification SMS the moment you withdraw cash, or use your credit card to buy something.

The Reserve Bank of India, the country's federal bank, made it mandatory in 2009 to use an additional layer of verification for online use of credit cards. The mobile provides this second-level authentication for many banks, with a one-time password. This additional layer of security has made transactions safer, and the banking sector has become one of the world's biggest users of service SMS.

SMS is under pressure in the West, with increasing smartphone use. As well as in advanced Asian economies such as South Korea and Japan, which have seen a shift to other apps and messaging services. Britain saw a 3 percent decline in SMS traffic last year, from a nearly 40 billion peak the previous year.

Even in India, SMS saw a marginal decline in traffic last year - but due to anti-spam regulation. The measures were controversial, and ended up shutting down many legitimate subscription services, with the directive that the government's national do-not-call (NDNC) registry over-rode subscription opt-in.

Critics of India's anti-spam regulation say that while it cut down messages from the organized, bona-fide bulk SMS suppliers, it created a cottage industry of thousands of smaller spammers. These shadowy suppliers buy and sell databases, especially of numbers listed in the NDNC registry, and spam mercilessly.

What's next for SMS? Clearly, text messaging is a need that will remain as long as people communicate with each other, even as multimedia (such as video chat) rises. Text is quick, cheap, economical with bandwidth, and non-intrusive.

But text messaging is gradually migrating from the pay-per-message SMS, toward services that ride on mobile data. I expect SMS to see a global dip two years down and then get a fresh lease of life as telcos come up with cheap unlimited SMS plans.

Service SMSs from banks and others will continue for the decade ahead. They have no better alternative to SMS. Nor is there a quicker, cheaper, easier way for the over 800 million mobile phone users in India, and the billions elsewhere who carry $50 handsets, to communicate.

Prasanto K. Roy (Twitter@prasanto) is editorial advisor at CyberMedia India. He can be contacted also pkr@cybermedia.co.in.

Student group plans to sue Facebook in Ireland
Can you hear me now? Americans love and hate their cellphones