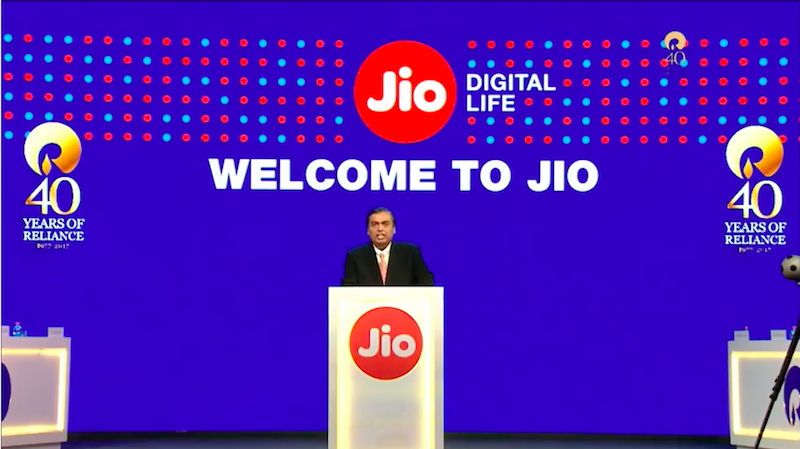 According to fresh report released by the Telecom Regulatory Authority of India (TRAI), Reliance Jio has added more than 6 million wireless subscribers just in the month of June. Its competitor Bharti Airtel, in comparison, added over 2 million subscribers, while Vodafone managed less than 1 million. Evidently, Reliance Jio added more customers than Airtel and Vodafone combined.

With this increase, Reliance Jio now enjoys 10.39 percent of market share in terms of wireless subscribers, whereas Airtel still sits in the top bracket with 23.65 percent market share. Vodafone comes in second with 17.86 percent and Idea holds 16.54 percent as of June 30 this year. However, at the rate at which Relaince Jio is adding to its subscriber base, it will only be a matter of time, before it takes over all its competitors in the wireless category. Reliance Jio saw a growth of 5.14 percent in one month, while Airtel saw a growth of only 0.74 percent.

The share or rural wireless subscribers is expected to see a major boost with the launch of JioPhone at the Reliance AGM this year. The JioPhone is pegged to be free of cost, bought with a deposit of Rs. 1,500 refundable after three years. Here's how you can prebook the phone, the documents required for booking, and all the other information you need to know to get your hands on the Jio Phone. You can read the full TRAI report here.