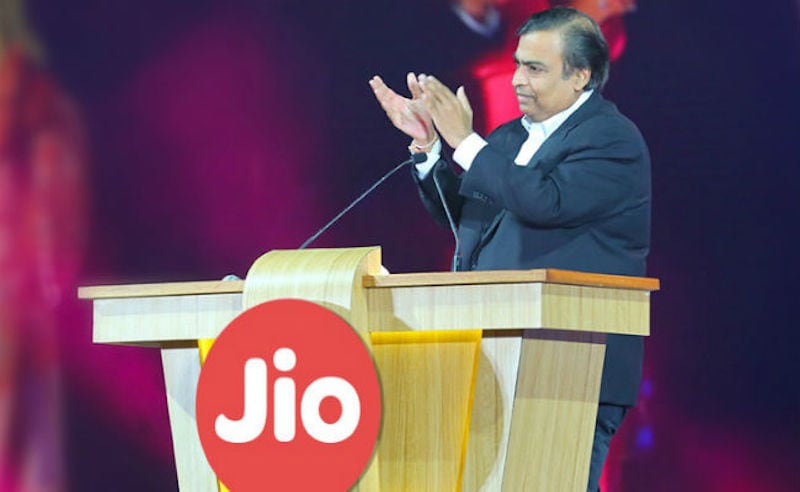 Riding on the free voice and data offers, Reliance Jio Infocomm's subscriber base may touch 100 million by March 2017 end said Nitin Soni, Director at Fitch Ratings. However, it may even shrink once the telecom operator starts charging its customers, he added.

"We think that Jio is adopting a very sound strategy of offering free voice and text services and free data till the end of March to bolster its subscriber base. They currently have 52-55 million subscribers and it could well increase to 100 million by end of March, but we will need to remember that these are free services," Soni told BTVi in an interview.

"So as long as it is free, even a customer who is a customer of Airtel or Idea will still take a free Jio SIM to enjoy free services for the next three months. But I think there will be some churn when Jio will start charging from April 1 and that churn may well reduce the subscriber base by 5-10 percent," he added.

Launched in September, Jio was offering its customers free voice and data till December 31 2016, which it has now extended till March 31 2017.

"But I think there will be a slew of other offers, which we believe will come in the next three months to further attract subscribers and incumbents will obviously take efforts to retain their existing subscriber base and not allow their premium subscriber base to churn over to Jio," he added.

Talking about consolidation in the telecom space, Soni said the telecom industry cannot afford more than four to five participants in the long run.

"We also believe that Reliance Jio entry into the industry will hasten consolidation, given the competitive intensity has notched quite high now and they have recently extended the offer to March 31."

"The consolidation has been going on, we have seen Reliance Communications acquiring MTS, and then merging its operations with Aircel. And some of the weaker telcos are looking also to exit the market. But we believe that there could be some more consolidation in the medium term," said Soni.

He said Idea Cellular could face a lot of challenges as it does not have 100 percent 4G spectrum asset on a pan-India basis. "They could also look to do some merger and acquisition activity to strengthen its competitive position."

"And whenever a new entrant comes into this industry, it negatively impacts the weaker telecom company first. We believe that Idea could be well affected in the next 12-24 months and which is the reason we think that they could do some M&A activity to consolidate their position."

Soni said Fitch Ratings views the outlook for the entire sector as negative for 2017.

"We believe that data tariff will fall by 15-20 percent because of competitive intensity coming along from Jio. But Airtel is a well established and entrenched incumbent in this market."

He said, Airtel with lot of spectrum asset on 900 MHz is well placed to compete against Jio.