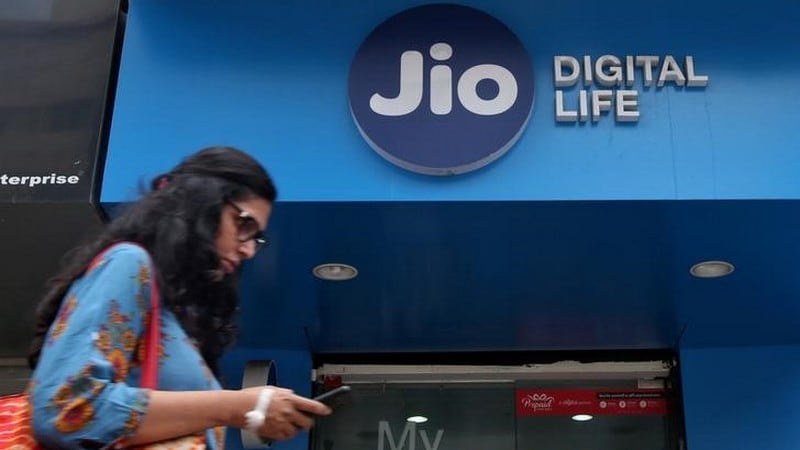 The customer base of Reliance Jio has touched 160 million, a little over a year after the newcomer stormed into the telecom market with aggressive voice and data offerings.

The latest subscriber base of the telecom operator was revealed by Akash Ambani, son of billionaire Mukesh Ambani, at an interaction with Bollywood superstar Shah Rukh Khan during a glitzy event last evening to mark Reliance Industries' 40 years of existence and to commemorate founder Dhirubhai Ambani's birthday.

In an onstage chat with the Ambani twins Akash and Isha, the 52-year-old actor mentioned that Jio now has 100 million subscribers.

Akash corrected him saying "160 million, SRK!", in turn prompting the 'Badshah of Bollywood' to take a dig at just how good the Ambanis were with numbers.

Reliance Jio entered the highly-competitive telecom sector in September 2016 with a six-month promotional offer of free voice and data, a strategy that helped it mobilise millions of users.

Jio threw an open challenge to the incumbent telecom operators with its disruptive tariffs, triggering a price war that saw severe bloodletting in the sector in the following months.

Earlier this year, Mukesh Ambani announced the launch of the Jio Phone - a 4G-enabled feature phone priced at "effective" zero, that wooed low-income users with life-long free voice calls and cheap data bundled with the handset.

The mobile subscriber base of India, the second largest market after China, stands at over 1.1 billion with Bharti Airtel, Vodafone, and Idea Cellular as the top three operators.

As per last published data by the Telecom Regulatory Authority of India, the subscriber base in October for Bharti Airtel stood at 285 million followed by Vodafone (208 million), Idea Cellular (191 million), and Jio (145.9 million).