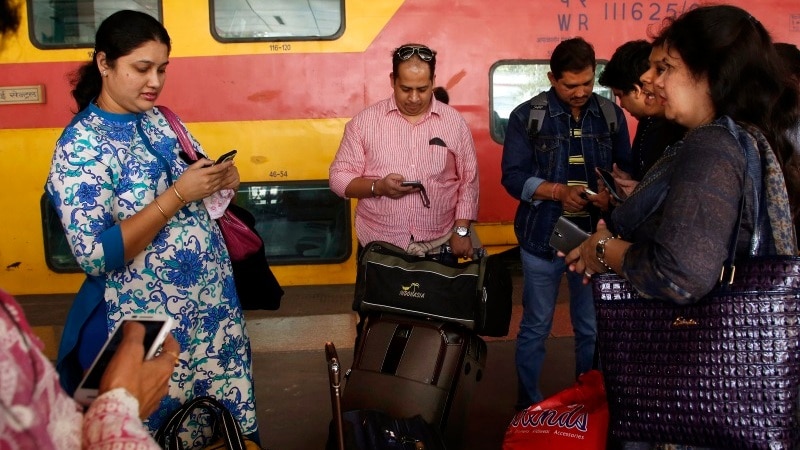 Reliance Jio has been growing fast - to the point where getting a SIM card is now a challenge - but with the growing demand, there have also been problems for Jio users. The network is still adding infrastructure, but a new tie up might help speed up its rollout.

It's not clear at this point what BSNL users will have to pay to use Reliance's 4G services, but for Jio subscribers, using BSNL's network should be free as Reliance Industries Chairman Mukesh Ambani had said during the Reliance Jio launch that it would not be charging for roaming at all.

For Reliance Jio, this partnership could be hugely beneficial. "The current Reliance Jio deployment is quite focused and network optimised for urban and suburban tier-1/ 2 towns, whereas for BSNL converse is true, with decent footprint in terms of rural coverage," explains Neil Shah, Research Director, Devices and Ecosystems at Counterpoint Research. "The deal can be seen symbiotic and highly complements each other’s network capabilities closing the gaps from roaming perspective in near- to mid-term."

"With voice calls being free on Jio networks and at a time when competition is being tougher on Jio for the interconnection/ termination costs with huge inflow of voice traffic expected to be coming from Jio subs, the 2G fallback to BSNL networks is a blessing," he adds.

"BSNL has pan-India coverage except in Delhi and Mumbai. With this agreement, it allows BSNL subscribers to have high-speed Internet services and wide network coverage, including Mumbai and Delhi," adds Minakshi Sharma, Research Associate at Counterpoint Research.

"The tie up between Jio and BSNL is mutually beneficial. Jio has been having interconnection issues with other networks, with calls not getting through, and with this tie up the fall back on BSNL’s 2G network for voice calls will help solve the problem," says Rishi Tejpal, Principal Research Analyst at Gartner. "BSNL is very good in rural areas, and Jio is offering free voice calls, so this could help capture a major rural user base where voice still sees greater usage."

"Jio has been having troubles with the other service providers on interconnection issues, and more future deals like this one could make a big impact," adds Tejpal.

"We are focused on creating value for our customers through expanding our outreach as well as strengthening our network capabilities, especially in terms of quality," BSNL Chairman and Managing Director Anupam Shrivastava said in a statement. "This agreement should benefit both our customers and create a strong, seamless support for both the networks."

"We are upgrading our network which should take three months. After this BSNL customers having 4G handset will be able to use Jio's 4G service on rate that both the companies will finalise soon," Shrivastava added.

This news comes right after BSNL just signed another pact, this time with Vodafone. The two companies have signed a 2G intra-circle roaming agreement, which is supposed to help reduce call drops.

BSNL has a wider reach than Vodafone, with a presence in many rural areas, whereas Vodafone has denser coverage in urban areas, thus the two networks should both benefit from this tie-up.

Shrivastava added: "This partnership with Vodafone will help us make our network coverage better, especially in urban areas."