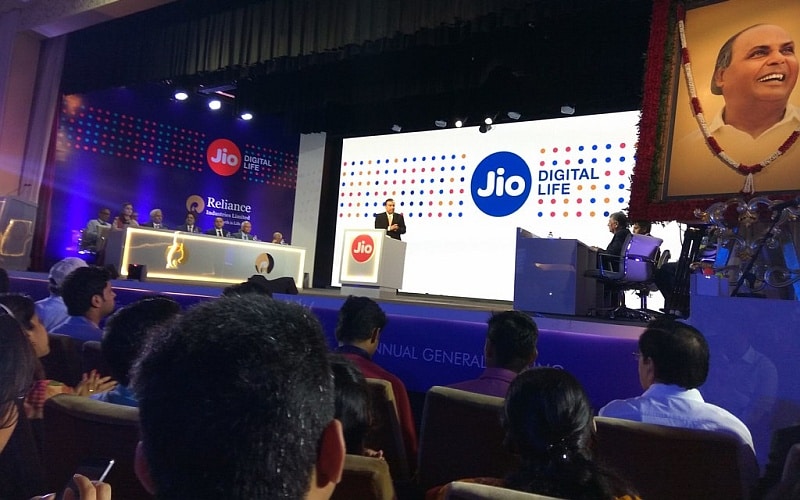 At Reliance AGM earlier this month, Mukesh Ambani finally broke the silence on the plans for Reliance Jio. The company will not be charging for voice calls at all, and it will charge a fraction of what its competitors are charging for 4G data, Ambani said. He said that Jio will charge only Rs. 50 per GB, and the rates could go down to Rs. 25 per GB for heavy users.

At the AGM, Ambani also announced that Jio services will become available from Monday, September 5, absolutely free as part of the 'Jio welcome offer', so everyone can try Jio's services at no charge.

"Pay for only one service - either voice or data, not both," he said. "World over, operators charge only for data, voice and messaging are essentially free. All voice calls for Jio customers will be absolutely free." Despite some rumours, data used on Jio's apps will count against your balance. Also, on all plans you get unlimited usage of 4G data from 2AM to 5AM.

(Also see: How Will Reliance Jio Make Money With Its 'Crazy' Plans?)

(Also see: List of VoLTE Mobiles That Will Work on the Reliance Jio Network)

There are also a couple of other Reliance Jio plans that were not mentioned by Ambani on stage - aside from the various monthly plans, there is also a plan where you pay Rs. 19 for 100MB of data, plus unlimited nighttime usage, with a single day's validity. You also have a Rs. 129 plan with a 7 day validity offering 750MB and 1.5GB of Wi-Fi data, plus unlimited night usage, and a Rs. 229 plan which has a 21 day validity, for 2GB of data. These three plans are only for prepaid users.

Going by these Jio plans, the rates are actually a little different from the Rs. 50 for 1GB that was announced. The cheapest plan is actually a lot more expensive - you get 300MB of data for Rs. 149, or around Rs. 450 per GB. However, with the other plans, once you count the Wi-Fi hotspot data as well, it does work out to the rate that was announced - for example, the Rs. 499 pack gives you a total of 12GB including Wi-Fi, which works out to approximately Rs. 42 per GB. The bigger plans do get cheaper this way, so for example, the most expensive Rs. 4,999 pack gives you 225GB of data including Wi-Fi, which works out to approximately Rs. 23 per GB. And this does not account for the unlimited 4G at night you will get as well.

(Also see: How Will Reliance Jio Make Money With Its 'Crazy' Plans?)

There will also be no roaming charges in any Reliance Jio, across India, to any network, it was announced. "Put an end to all voice call charges for all voice calls that are domestic," Ambani said. This applies to calls to other networks as well, not just calls within the network.

He also added that data must be affordable for all users. "Current market practice is to charge for data a base rate between Rs. 4,000 and Rs. 10,000 - Jio will have a base rate which is 1/10th of this," Ambani said. "Our data plans go even further with an effective rate of 5p/MB or Rs. 50/ GB." Students will get 25 percent extra data on the plans, if they show a valid ID when signing up for Jio.

(​Also see: How and Where to Get Reliance Jio SIM Card)

Apart from the data rates, Ambani also announced that the full suite of Jio apps - for streaming movies, music, and live television - will be completely free under all plans until December 2017.

After Apple, EU May Focus on Companies Closer to Home
Lenovo Launches 'Thinnest 2-in-1' Yoga Book, Yoga Tab 3 Plus, and More at IFA