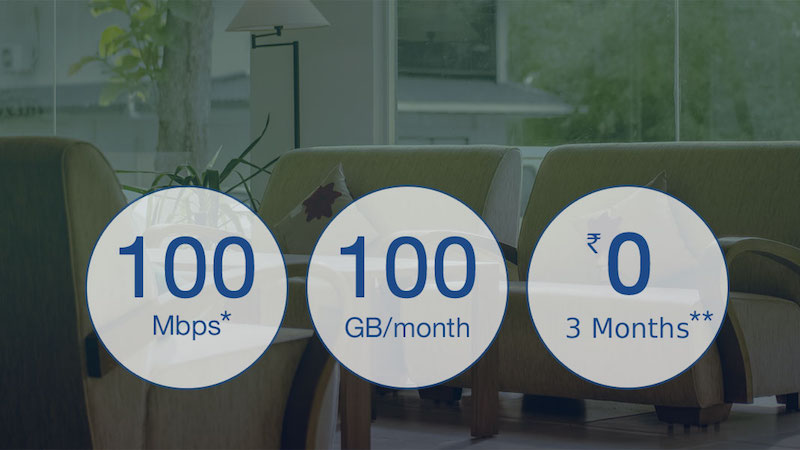 After disrupting the telecom sector with attractive mobile data plans, Reliance Jio is all set to launch JioFiber broadband services, something it has reportedly been testing as far back as September. Now, Jio has accidentally revealed its plans for the upcoming JioFiber connection. The company's website was spotted mentioning a JioFiber preview plan (seen above) that would offer 100GB of data per month at 100Mbps of speed for three months for free. However, users will need to pay an installation charge (refundable security deposit) of Rs. 4,500.

All of this keeps in line with a report from earlier this year. After the 100GB FUP has been consumed, speeds drop to 1Mbps. The JioFiber preview plan on the site was spotted by a Redditor who was able to disable the redirect page, and using Google Cache, we were able to confirm what was reported.

Apart from the JioFiber preview plan, the website also revealed the cities where the Jio Fiber will be launching initially, which include Ahmedabad, Delhi, Hyderabad, Jaipur, Kolkata, Mumbai, Surat, Vadodara, and Vishakhapatnam. Gadgets 360 has reached out to Jio for a comment and will update this post as soon as we get some clarity.

The website also seemed to indicate that Jio will provide its own custom router during installation, which is included in the cost of the installation charge. Notably, there is also an option that says "I am interested in enhancing Jio coverage in my building," which could hint that Jio may install a network of routers to improve the coverage in a building.

To recall, Jio was reportedly testing out its JioFiber service in Pune and Mumbai where some residents claimed the service offered speeds between 70Mbps to 100Mbps. It was also reported back then that the preview plan will be offered for three months for free, much like the 'Welcome Offer'. As of now, it looks like Jio has taken down the preview plan listing from its site, but this could indicate that its ready to roll out its services soon.