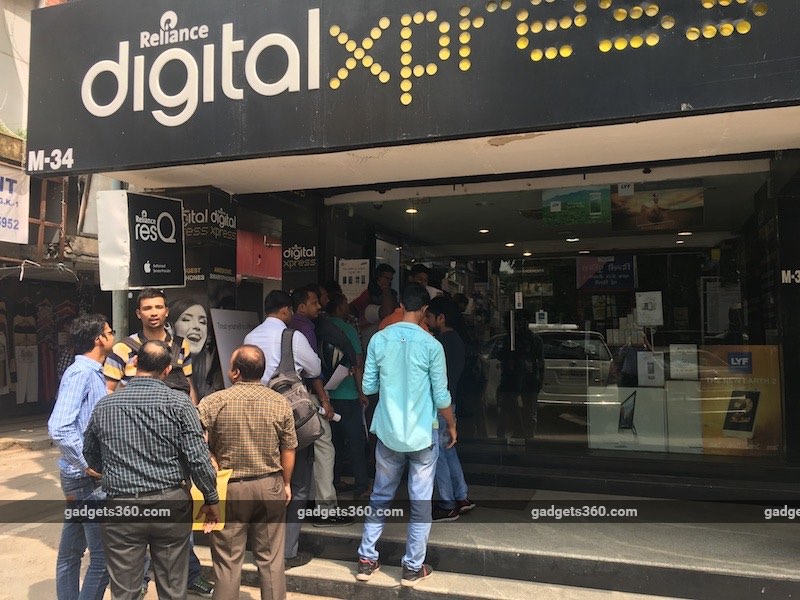 At the launch announcement of Reliance Jio, a lot of big promises were made about how data is oxygen, and how India is going to move from Gandhi-giri to Data-giri. As a part of this, Reliance Jio introduced a free preview offer for all, under which anyone can get a Jio SIM from Monday and usage will be completely free and unlimited until December 31. Which is true, but there's a catch - the unlimited offer actually has a 4GB limit on it, that's revealed in the company's plans details.

The good news is that this is a daily limit, post which the speed throttles to 128Kbps, and 4GB is a lot more than people typically use on mobile data every day. Compared to the truly unlimited Preview Offer that those with a Reliance Jio SIM until now have been enjoying though, it's a very low number - and it also runs counter to the talk of Data-giri that we were hearing on Thursday.

In fact, after taking a closer look at the terms and conditions of the Jio plans, it's clear that there is a lot of fine print that is there. At the end of the day, Jio is still offering a better deal than most competitors, but it's not really undercutting them as much as it seemed to be. What do we mean?

Let's start with one of the big talking points from the launch - that Jio will be charged at Rs. 50/ GB, along with unlimited usage at night. Well, as it turns out, night is just 2AM to 5AM - just three hours, and that too at very inconvenient timings. Yes, the idea is to offer free connectivity at the time when the network load is the lowest, and yes, you can schedule your system updates, torrents, or YouTube downloads to take place between these hours and save some money when downloading, but it still feels a little misleading to tom-tom free nighttime usage, and then offer only this.

Secondly, that Rs. 50 per GB figure flies out the window when you consider the entry level plan offers only 300MB, for Rs. 149; in short that's around Rs. 450 per GB. The Rs. 499 plan does offer 4GB, or a little over Rs. 100 per GB; but it also offers 8GB of usage on Reliance Jio's Wi-Fi hotspots (which are still rolling out) which brings the value to Rs. 40 per GB. Again, it feels a little misleading, because the hotspots are going to come up in schools, colleges, and other public spaces - in other words, many of Reliance's users are never going to use this data.

One interesting piece of news in all this though is that Reliance Jio reserves the right to amend/ extend the special benefits for the existing customers beyond 31st December 2016, in case they are not able to get adequate experience of seamless connectivity across network due to limited interconnects. That sounds like a clear shot across the bows from Reliance Jio to the other telcos - saying that 'if you don't (finally) give us the interconnects we need, we'll just keep letting customers enjoy free services, so they flock to our network and leave yours.'

Users can start enrolling from Monday, September 5, and students will get an extra 25 percent data allowance - so buy a 4GB pack, for example, and you'll get a 5GB limit instead. And until December 31, all users can use up to 4GB a day, without paying anything.