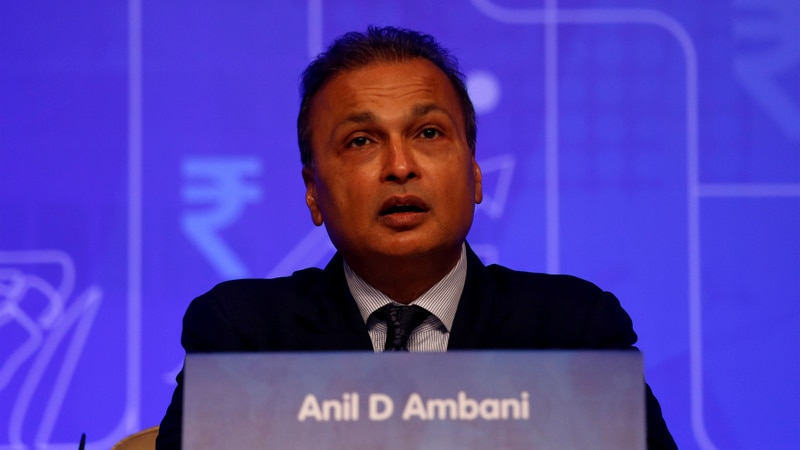 The court ordered the billionaire and two RCom directors to pay Rs. 450 crores to Ericsson within four weeks or risk a three-month jail term, according to a ruling from a two-member bench headed by Supreme Court judge Rohinton Fali Nariman.

RCom previously deposited more than Rs. 100 crores with the court.

In a statement, the telco said it respected the ruling and "shall comply with the same".

An Ericsson spokeswoman said the firm welcomed the ruling and looked forward to RCom's compliance.

The Swedish firm signed a deal in 2014 to manage and operate RCom's network and last year approached the court over the unpaid dues.

The court asked RCom to repay the dues by December 15, a deadline the company missed.

RCom has struggled for cash partly as a result of a price war triggered by the market entrance of Reliance Jio Infocomm, controlled by Anil's elder brother and Asia's richest man, Mukesh Ambani.

Earlier this month, RCom told the court that a deal to sell fibre and tower assets to Reliance Jio failed, prompting RCom to turn to bankruptcy courts for debt resolution and hence was not in a position to pay the dues.

RCom owed banks $7 billion (roughly Rs. 49,800 crores) as of March 2017, when it last made its debt level public. It also owes money to telecom equipment vendors.

"It will be very difficult for RCom to meet the ordered payment and group companies might be utilised to pay the dues through inter-corporate loans," said Sameer Kalra, equity research analyst and founder of Target Investing.

"This puts risk on group companies as well and might result in the delay in the sale of stakes in other companies," he said.