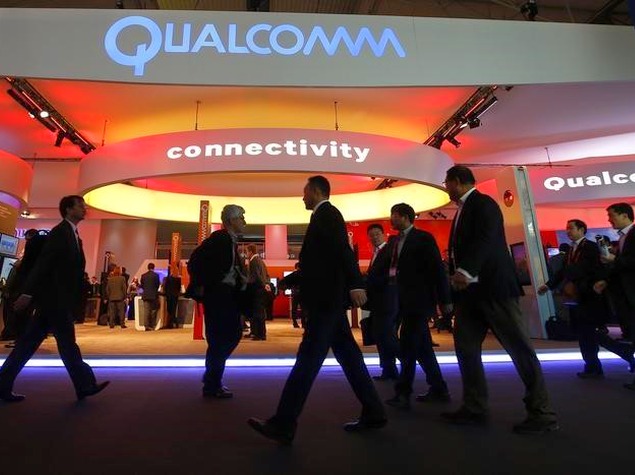 Qualcomm Inc's outlook for the September quarter was below Wall Street's expectations and its shares fell on Wednesday after the leading mobile chipmaker said it was having trouble collecting royalties in China.

A new high-speed 4G network in China is driving fresh demand for smartphones with leading-edge technology, but Qualcomm has also faced legal and regulatory problems there, including an ongoing investigation by the country's antitrust regulator.

Now Qualcomm is struggling to collect licensing revenue from some device makers in China, including a growing number of local manufacturers the U.S. chipmaker has done little or no business with in the past.

(Also see: Qualcomm announces it is facing an antitrust probe in China )

"There was some impact in the quarter that we just reported in Q3 and we expect the impact will be larger in the next quarter and potentially for a number of quarters until we can get these things resolved," Qualcomm President Derek Aberle said in an interview.

While most of Qualcomm's revenue comes from selling chips that enable phones to communicate with carrier networks, most of its profit comes from licensing patents for its widespread CDMA cellphone technology.

Qualcomm has had royalty disputes in the past in China and the recent proliferation of local companies making low-cost gadgets for Chinese consumers is complicating the picture.

"There's a lot of new guys ramping up new 4G phones and tablets over there," said Evercore analyst Mark McKechnie. "They have a lot of licensees there already that are paying them, but this is going to be a pretty big challenge for the company in the coming years."

With smartphone shipments tapering off in wealthy markets like the United States, China has become a key market for Qualcomm.

The ongoing investigation by China's anti-monopoly regulator could lead to fines of more than $1 billion. It concerns Qualcomm's licensing business as well as interactions between its licensing business and its chipset business, Aberle later told analysts on a conference call.

The investigation is making it harder to negotiate new 4G licenses with manufacturers in China, he said.

The chipmaker reported third-quarter revenue of $6.81 billion, up 9 percent from the year-ago period. It said revenue in the fourth quarter, which ends in September, would be between $6.5 billion and $7.4 billion, with a midpoint of about $6.95 billion.

Qualcomm shares were down 4.72 percent in extended trading after closing up 0.09 percent at $81.60 on Nasdaq.