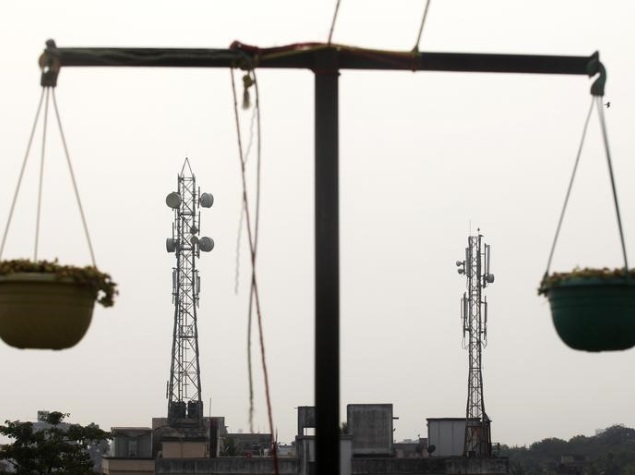 Observing that Indians are more "vulnerable and prone" to electromagnetic radiation than Europeans, a parliamentary panel has recommended the need for a comprehensive study to establish risk levels and adverse health effects of EMR from cellphone towers.

A department-related parliamentary standing committee on Science and Technology and Environment and Forests has urged the Department of Telecommunications to consider framing suitable regulations regarding the location and inspection of mobile towers.

The committee also took note of the various reports and studies and felt that unrestricted setting up of mobile towers and antennas in cities and smaller towns resulted in a "concentrated" effect.

"The committee recommends that the department of telecommunications consider framing suitable regulations and guidelines regarding the location and inspection of mobile towers," the committee chaired by former Union Minister Ashwani Kumar said in its report.

It also said the number of qualified inspectors to carry out inspections to check the effects of EMR from cell towers should be increased.

"The committee is aware that Indians are more vulnerable and prone to risk from radiation as compared to European countries because of their low body mass index and low fat content... The committee recommends that comprehensive scientific studies need to be undertaken to conclusively establish the level of risk and adverse health effects of EMR of cell towers," it said.

It said the committee currently working on the issue be directed to expedite its report which should be given within a stipulated time frame. The panel also said the recommendations of the expert committee constituted to study the impact of mobile towers on birds and bees should be implemented so that the harmful effects of EMR on birds, bees, insects and others may be minimised.

The committee took note of the supervision by Telecom Enforcement Resource and Monitoring (Term) cells to ensure compliance of Base Transceiver Station (BTS) guidelines.

"The committee recommends that apart from self-certification, random checking and inspection reports should be made public so that public at large is aware of the issue... Stringent penalties for violation of norms and guidelines be prescribed and these should go beyond fiscal penalties," the committee said.

The committee observed that the effects of electromagnetic radiation on health of human beings, animals, birds, honeybees through radiation from mobile phone towers is a matter of concern and intense public discourse. The committee feels that the issues arising there from needed to be "flagged".