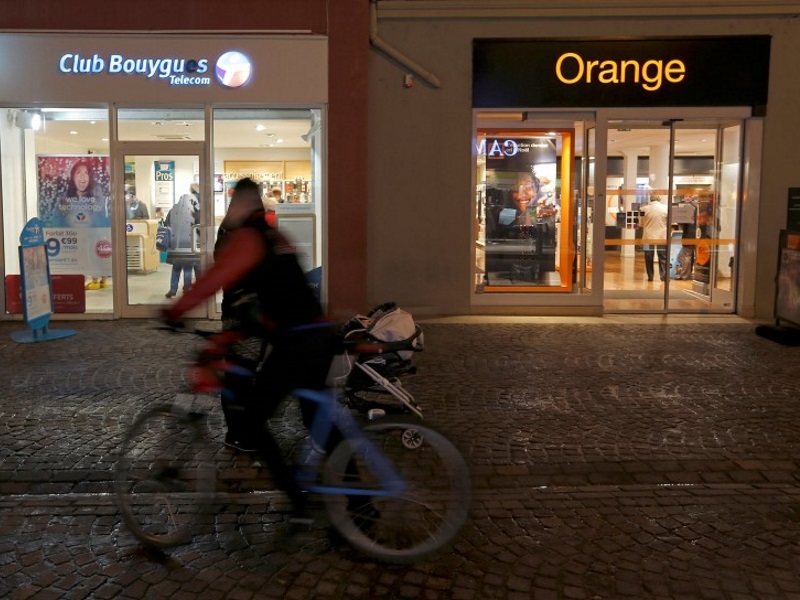 Plans to cut the number of players in the French telecoms industry were firmly back on the table on Tuesday after Orange revived talks with Bouygues Telecom to create a giant with more than half of the country's fixed-line and mobile markets.

The negotiations coincide with a softened line being taken by the government on sector consolidation, which holds 25 percent of Orange, after it opposed a EUR 10 billion (roughly Rs. 72,046 crores) bid last year for Bouygues Telecom by industry tycoon Patrick Drahi's Numericable-SFR.

Competition concerns over a tie-up between Orange and Bouygues could, however, allow Numericable-SFR and France's fourth-biggest mobile network operator, Iliad, to scoop up assets if disposals are required.

A deal would mean a return to three mobile operators in France four years after the arrival of Iliad's Free Mobile low-cost services led to a protracted price war.

Orange Chief Executive Stephane Richard, who has said consolidation in France was lagging that of other major European countries, told RTL radio on Tuesday that a future deal would not "in any way" mean price increases for consumers.

Former state monopoly Orange held three-way talks with Iliad and Bouygues about a consolidation deal in 2014, encouraged by the government, but they collapsed over valuation and how to divide up Bouygues Telecom between the two buyers.

Orange said on Tuesday that there was no time limit on talks "with a view to a consolidation with Bouygues Telecom," nor was there any commitment to any particular outcome. It added that it was exploring opportunities in the French telecoms market.

Bouygues said in a separate statement it had signed a confidentiality agreement with Orange.

"As it is interested in opportunities that would enable it to bolster its long-term presence in the telecoms sector, Bouygues announces that preliminary discussions have started with Orange to look at the possible options," Bouygues said.

Stumbling blocks
The main issues in the negotiations would be jobs, investment in infrastructure and especially fibre optic networks, and antitrust-related disposals, a source familiar with the matter said.

"The idea is that Bouygues becomes a significant shareholder in Orange's capital with a stake quite close to that of the state, and the bulk of the transaction will be in shares," the source said.

Weekly newspaper Le Journal du Dimanche said at the weekend that Orange was looking at buying Bouygues Telecom for 10 billion euros in cash and shares, with Bouygues to receive a 15 percent stake in Orange valued at 8 billion, and the rest in cash.

The previous attempt to take over Bouygues Telecom by Drahi whose Altice holding company controls Numericable-SFR met with opposition from French Economy Minister Emmanuel Macron, who said it could destroy jobs and risked creating a French operator that was "too big to fail".

Last month, however, Macron said he was not opposed in principle to further deals in the sector. Consolidation talk had been rekindled after an auction of 4G spectrum was completed in November.

Junior Minister for the digital economy Axelle Lemaire told Europe 1 radio on Tuesday the government would be looking closely at jobs, investment, the likely impact of any deal on consumers and on competition issues.

Richard told RTL that "Orange will not commit itself to a deal that would not be socially unquestionable", when asked if a deal could bring job cuts.

Bouygues Telecom, France's third-largest mobile operator, has said in the past it could prosper on its own, after responding to the price war with a turnaround plan including staff cuts and a focus on rolling out its 4G mobile broadband network and the fixed-line broadband market.

Orange's advisers include Messier Maris and Associates, while Bouygues is being advised by Rothschild, HSBC and Darrois.