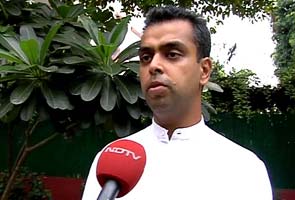 The government said telecom operators are at various stages of implementation of mandated accuracies in location-based services, but no service provider has been able to complete the work and send final compliance.

"Telecom service providers have been raising the issue of financing the implementation of these. However, it has been indicated that the system has to be implemented by them at their cost," Minister of State for Communication and IT Milind Deora said in a written reply to the Lok Sabha.

He added that the operators have also raised the question of implementability of the stipulated accuracy levels and that information regarding whether they have raised any issues with TRAI is being collected.

"The issue is being examined by TEC, the technical arm of the department. Suitable decision will be taken after the receipt of the report from TEC," he said.

location-based services with a 30 per cent accuracy in urban area within the first year of deployment and increase the accuracy level to 50 percent over next year.

Similarly, for a 100 metre distance, the accuracy level will be 60 per cent in the first year and go up to 75 in the following year.

In response to another query, Deora said telecom regulator TRAI has been undertaking regular survey twice a year through independent agencies to assess customer perception of service and effectiveness in implementation of the various consumer centric regulations, directions and orders.

"The survey has also helped in assessing the effectiveness in implementation of various orders... to

protect the interest of consumers, particularly issues relating to tariff, billing including information to be

included in the telephone bills, termination of service, redressal of grievances," he said.

Asked about increasing cost of internet access, Deora said the same is is not fixed by the government and that tariff is governed by the Telecom Tariff Order(s) issued by TRAI from time to time.

The government has however decided to levy a uniform licence fee as 8 per cent of Adjusted Gross Revenue (AGR) on all Internet service providers (ISPs) in phased manner, in two steps starting from July 1, 2012.

"This decision for imposing Uniform Licence Fee for various telecom service providers was taken in the interest of ending arbitrage in the licence fee, ensuring simplicity ...with due consideration of the revenue receipts of the government and the growth of telecom services in the country," he said.