Only 13 Percent of Indian Subscribers Are on 3G/ 4G Networks: Facebook 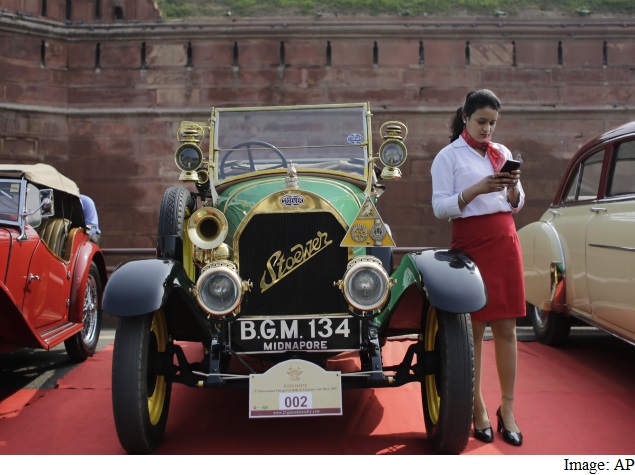 Only 13 percent of subscribers in India are using 3G and 4G networks even as high speed mobile data services are being around for over two years, a study by Facebook-led Internet.org said on Wednesday.

According to the report, India stands at the bottom when it comes to mobile data usage.

Internet.org aims to brings together a global partnership of tech leaders, nonprofits and local communities to connect two thirds of the world that do not have Internet access.

"Countries like India are indicative of entry-level data use. Based on Cisco's 2014 VNI Mobile Forecast, India is at the lower-end of global use, in that mobile users average 149MB per month," the study said.

The report puts entry-level data usage at below 100 MB per month.

Assuming the top 20 percent of users generate 85 percent of traffic, the bottom 80 percent average less than 30MB per month, it added.

According Telecom Regulatory Authority of India (Trai), the total broadband subscribers under the mobile device users (phones and dongles) segment stood at 69.99 million at the end of December 2014.

However, mobile data usage charges in India are among the lowest in the world.

In India market forces and competition have driven the cost of data to a price point at the bottom quartile of global prices, at $2.40 (roughly Rs. ) and USD 0.80 (roughly Rs. ), in USD purchasing power parity, for prepaid data plans of 250MB and 100MB per month, respectively.

"This is affordable by 59 percent and 94 percent of the Indian population, respectively," it added.

The report also revealed that lack of awareness leads people not leverage the full advantages of the Internet.

"Research in countries including Ghana, South Africa, India, and the US confirmed that lack of awareness, perception of lack of value or utility or lack of ability are the primary reasons why people don't use the Internet," it added.

Overall, the report said, the most recent estimates have predicted that, by end-2014, almost 3 billion people will have connected to Internet at some point within the previous year.

"Connectivity is concentrated in developed countries and sparse in developing countries, where 78 percent of the population is online compared to 32, respectively," it added.

Developing countries are home to 94 percent of global offline population. The US and Germany have connectivity rates as high as 84 percent, while Ethiopia and Myanmar are connected at rates below 2 percent, it said.