NYSE said it "no longer intends to move forward with the delisting action" for China Telecom, China Mobile, and China Unicom. 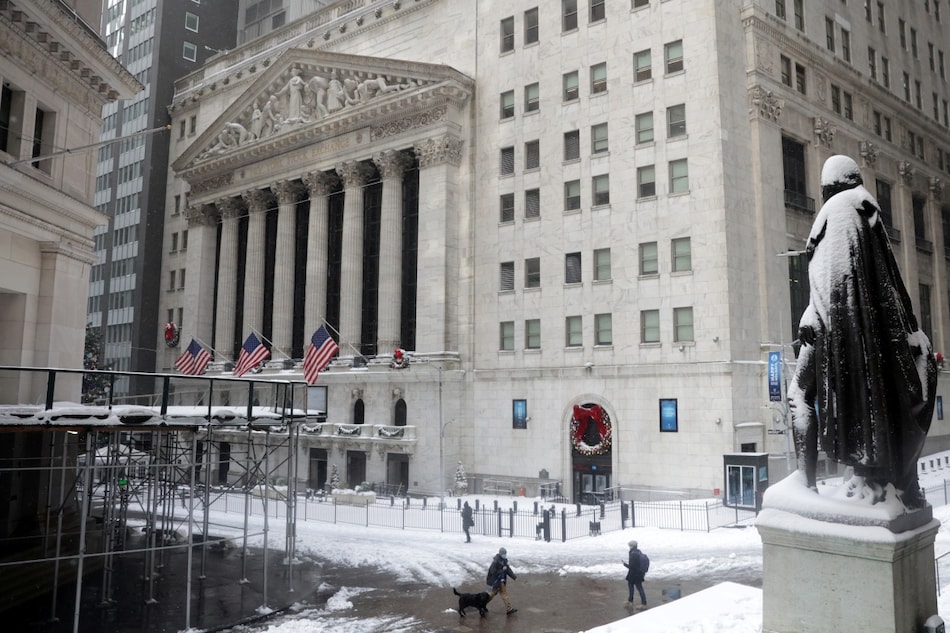 In a brief statement, the stock exchange said it "no longer intends to move forward with the delisting action" for China Telecom, China Mobile, and China Unicom.

No detailed reason was given for the sudden reversal but the exchange said it came after "further consultation with relevant regulatory authorities".

Shares in the three state-owned telecoms firms jumped on the news.

In Hong Kong trading on Tuesday afternoon, China Unicom was up nearly nine percent, while China Mobile, and China Telecom each rose more than six percent.

Mainland Chinese shares reversed earlier losses, while the yuan rose around 0.7 percent against the dollar.

Jackson Wong, at Amber Hill Capital, said the move was "quite unexpected".

"Some funds that had an obligation to unload these shares will now need to buy them back. Some investors are also starting to pricing in a scenario that the decision to halt delistings could be a start of a de-escalation in tensions between China and the US," he added.

The reversal comes just four days after the NYSE said it was ending trading in the companies to comply with an order by the Trump administration barring investment in firms with ties to the Chinese military.

Donald Trump signed an executive order in November banning Americans from investing in Chinese companies deemed to be supplying or supporting the country's military and security apparatus, earning a sharp rebuke from Beijing.

The order listed 31 companies it said China was using for the "increasing exploitation" of US investment capital to fund military and intelligence services, including the development and deployment of weapons of mass destruction.

It was one of a series of executive orders and regulatory actions that have targeted China's economic and military expansion in recent months.

Trump's order prohibits US companies and individuals from owning shares in any of the companies, which also include video surveillance firm Hikvision and China Railway Construction.

National Security Advisor Robert O'Brien said at the time the order would prevent Americans from unknowingly providing passive capital to Chinese companies, listed on exchanges around the world, that support the improvement of Beijing's army and spy agencies.

Under his "America First" banner, Trump has portrayed China as the greatest threat to the United States and global democracy, pursued a trade war with it, harangued Chinese tech firms, and laid all the blame for the coronavirus pandemic at Beijing's door.

China had criticised the moves to delist its companies and threatened countermeasures.