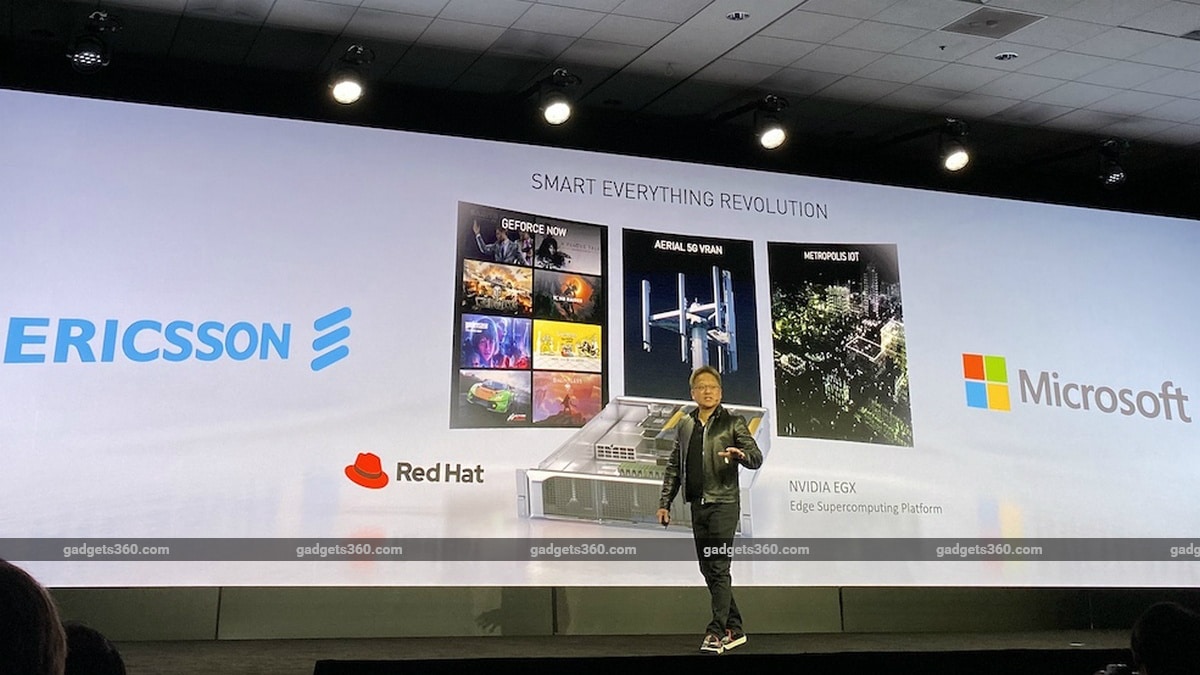 Ahead of the Mobile World Congress in Los Angeles this week, Nvidia announced new partnerships with Ericsson, Microsoft, and Red Hat in the areas of 5G, AI, and IoT.

Arguably the most interesting of the lot is the partnership with Ericsson, which aims to let telcos build high-performing and efficient 5G radio access networks (RAN) that are completely virtualised. The companies believe that this will “enable faster and more flexible introduction of new AI and IoT services.”

The collaboration, which is still at its early stage, will examine the advantages that a fully virtualised RAN can offer over a traditional system. The ultimate aim of the partnership is to develop a commercial virtualised RAN that can then be sold to telcos across the globe.

Nvidia also announced that it will be working with Red Hat to deliver software-defined 5G wireless infrastructure to telcos. The partnership will aim to make AI-enabled applications available at the telco edge by helping telcos transition to a cloud-native stack.

Towards that end, Nvidia also announced Aerial, a SDK that “allows providers to build and deliver high-performance, software-defined 5G wireless RAN.” Red Hat will provide the software stack to manage and automate the Aerial 5G RAN.

“The next generation of mobile networks won't be defined by inflexible, proprietary solutions — it will be founded in open cloud-native technologies,” said Jim Whitehurst, president and CEO of Red Hat.

“The industry is ramping 5G and the ‘smart everything' revolution is beginning. Billions of sensors and devices will be sprinkled all over the world enabling new applications and services,” said Huang. “We're working with Red Hat to build a cloud-native, massively scalable, high-performance GPU computing infrastructure for this new 5G world. Powered by the Nvidia EGX Edge Supercomputing Platform, a new wave of applications will emerge, just as with the smartphone revolution.”

Nvidia's Metropolis video analytics application framework, which runs on EGX, has been optimised to work with Microsoft's Azure IoT Edge and Azure Machine Learning solutions. Additionally, Nvidia certified off-the-shelf-servers that are optimised to run these Azure services are now available from leading OEMs like Dell, HP, and Lenovo, among others.

“In a world where computing is becoming embedded in every place and everything, organisations require a distributed computing fabric that spans the cloud and edge,” said Satya Nadella, CEO of Microsoft. “Together with Nvidia, we're bringing the power of Azure and Azure AI to the edge, enabling breakthrough experiences for our customers.”

Disclosure: Nvidia sponsored the correspondent's flights and hotel for the event in Los Angeles.