Now on Your Cellphone Bill, Services You Never Wanted 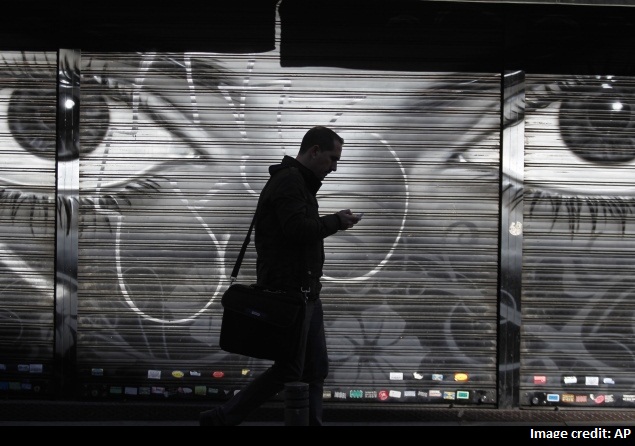 For years, phone carriers have wanted to find ways to make it easy for mobile customers to buy things and charge them to their phone bills.

That has legitimate uses, like buying ringtones and apps, or even making political donations or financial pledges to a nonprofit radio station. But it is easily abused, in ways not always easy to spot: Consumers, for instance, could start getting text messages about sports scores or horoscopes for which they never wanted to sign up.

"As with 900 numbers, it's ripe with potential for abuse, and in some cases that potential has become reality," said Jan Dawson, an independent telecom analyst for Jackdaw Research.

Such practices returned to the spotlight this week when the Federal Trade Commission filed a lawsuit accusing T-Mobile USA of profiting from "cramming" - the tacking on of unauthorized charges that appear, often without a coherent explanation, on customers' bills.

Regulators said that for years, T-Mobile ignored "telltale signs of fraud" in unauthorized charges made to consumers' bills, and collected hundreds of millions of dollars along the way. In response, T-Mobile said the FTC's claims were sensationalized and unfounded.

The practice of cramming is common on bills for traditional phone lines, but only recently began to appear on bills for mobile phone usage.

Regulators say that in the context of cellphones, cramming typically occurs when a user is browsing the Web with a smartphone, encounters an advertisement and inadvertently agrees to something. The phone number then subscribes to a text-message service, which delivers texts on topics like celebrity gossip, dating and the weather for a monthly fee that is usually around $9.

The FTC advises customers to regularly check their phone bills just as they would review their credit card bills. Consumers should call the phone carriers to clarify or dispute any suspicious charges.

But how do you spot the charges if they are hidden? The Federal Communications Commission says cramming charges are often listed in a bill with generic terms like "service charge," "service fee," "membership," "other fees," "usage fee" or "voice mail."

To safeguard consumers against cramming, phone carriers in 2008 required third-party companies to agree to a code of conduct, according to CTIA, the trade group that represents the phone carriers. One requirement for third-party vendors was that they had to ask a user twice to confirm a purchase before any charge was made.

Despite those consumer protections, some companies still manage to drop in those extra charges on unwitting consumers. Last year, T-Mobile, AT&T, Verizon Wireless and Sprint each decided to stop allowing third-party companies to make charges through texting services, though they continued to support texting payments for donations to charity or political campaigns.

Clearly, T-Mobile's remedies were not enough to satisfy the FTC, which has concluded that the carrier made hundreds of millions of dollars by taking a cut of revenue from the unauthorized charges. The trade commission said T-Mobile knew in early 2012 that customers were complaining about the charges in increasing numbers, and that the carrier refused to give some consumers refunds when they asked for them.

In one example provided by the FTC, an unauthorized charge was listed as "Usage Charges" on a T-Mobile phone bill. The explanation for the charge was buried more than 120 pages into the phone bill, with a misleading description.

"There were oodles of complaints," Jessica L. Rich, director of the FTC's consumer protection bureau, said in a news briefing Tuesday.

On Thursday, T-Mobile's chief executive, John J. Legere, published a statement on the company's website reiterating the steps that T-Mobile had taken to protect customers from unwanted charges.

Legere wrote: "T-Mobile has in the past and will continue to keep our pledge to bill customers only for what they want and what they have purchased for as long as I am C.E.O. of this company! NO EXCUSES!"

The case against T-Mobile is one of the largest yet that the federal or any state government has filed in an effort to crack down on unauthorized billing. In the past, regulators have homed in on smaller companies or individuals who run cramming operations.

Last year, the trade commission brought a legal action against two partners in several small businesses who, the commission contended, earned tens of millions of dollars from unauthorized charges. Regulators said the two had tricked consumers into paying for subscriptions to "love tips," "fun facts" and celebrity gossip alerts sent by text message. They were ordered to surrender $10 million in assets, including money, several cars and real estate.

In the past four years, the FCC has taken nine anti-cramming enforcement actions against companies and proposed more than $33 million in fines. That is much less than 1 percent of the amount consumers may have lost to cramming charges in the same period.