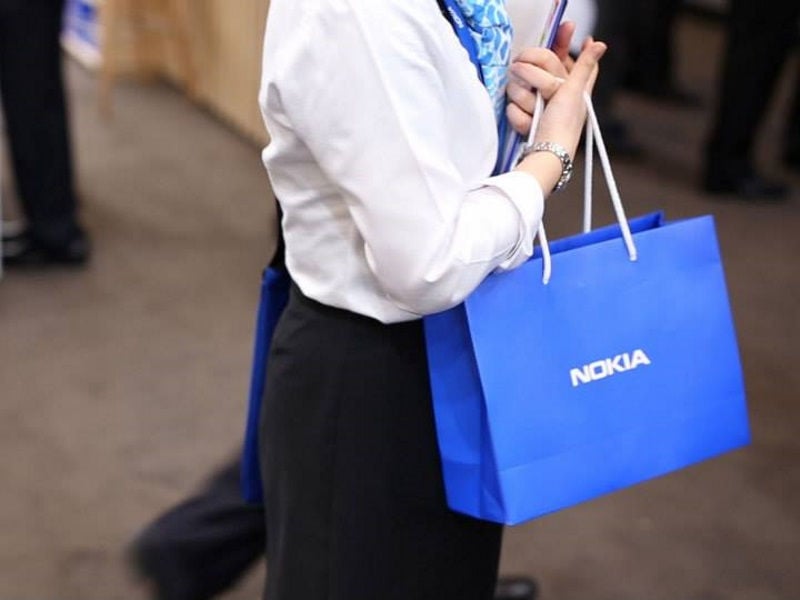 Finnish telecom equipment giant Nokia said Thursday it has managed to reduce losses but remained in the red in the third quarter after acquiring its former rival, French-American Alcatel-Lucent.

The world's former number one in handsets, which turned into a telecom equipment maker, reported a net loss of EUR 125 million ($135 million or roughly Rs. 900 crores) in the third quarter after a 665-million-euro loss in the previous quarter ($725 million).

Thanks to the Alcatel-Lucent acquisition, the company's net sales grew by nearly 94 percent to EUR 5.89 billion from 3.04 billion for Nokia alone a year before (to $6.43 billion from $3.32 billion).

Nokia's chief executive Rajeev Suri described the results as solid "despite market conditions that are softer than expected".

While the global slowdown in the construction of new telecom networks continues to put pressure on the company, Suri expressed satisfaction with an "excellent quarter" from the Fixed Networks business and from Nokia Technologies business unit which benefited from a recent licensing agreement with South Korean Samsung.

"The results also reflect another excellent quarter from Fixed Networks, which improved both net sales and profitability from one year ago," Suri said in a statement.

The company also announced that one of its long-time key members of the board, chief financial officer Timo Ihamuotila, would leave the company to take up a similar position at the Swiss-Swedish engineering giant ABB in Switzerland.

Ihamuotila was the only Finn on the board of the company based in Espoo, Finland, and he will be succeeded by another Finn Kristian Pullola, who up until now served as a corporate controller at Nokia.

Nokia said it would be squeezing out Alcatel-Lucent's last remaining shareholders, representing 4.7 percent of the shares, next week on November 2, to gain full control of its former rival.

Nokia was the world's top mobile phone maker between 1998 and 2011 but was overtaken by South Korean rival Samsung after failing to respond to the rapid rise of smart phones.

After selling its handset business to Microsoft in 2014, it launched in 2015 the acquisition of Alcatel-Lucent, a company that had only recorded one year of annual profit since its inception in 2006.