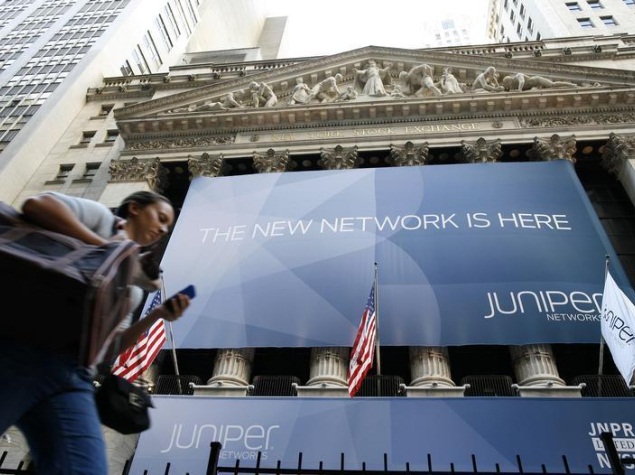 Juniper has a stock market value of $13.7 billion, making it a major takeover target for Nokia, but Manager Magazin said Nokia could use Juniper's $3.1 billion cash to help finance the purchase.

NSN will be Nokia's primary operation after the sale of its Devices and Services business to Microsoft in a 5.4 billion euro deal, which is expected to close by the end of next month.

A source familiar with NSN's strategy said no such deal was imminent. Analysts have said, however, that NSN and other smaller network equipment players are likely to pursue M&A deals, because bigger players can afford to spend more on research and development.

Representatives of Nokia, NSN and Juniper declined to comment on the latest report.

NSN and Juniper are already in a partnership to jointly develop and sell network equipment to carriers.

After years of concentrating on cutting costs, NSN has said it is now focussing on expanding the business and competing more aggressively against industry leader Ericsson and China's Huawei.

NSN has shown it is willing to lower its bids to win more work, and analysts say it may also seek to expand its market share through acquisitions.

Other sources have said Nokia has considered a tie-up between NSN and French rival Alcatel-Lucent. Suri has not ruled out acquisitions but has also said the company could grow on its own.