Netflix Reveals India's Best ISP and You Will Be Surprised 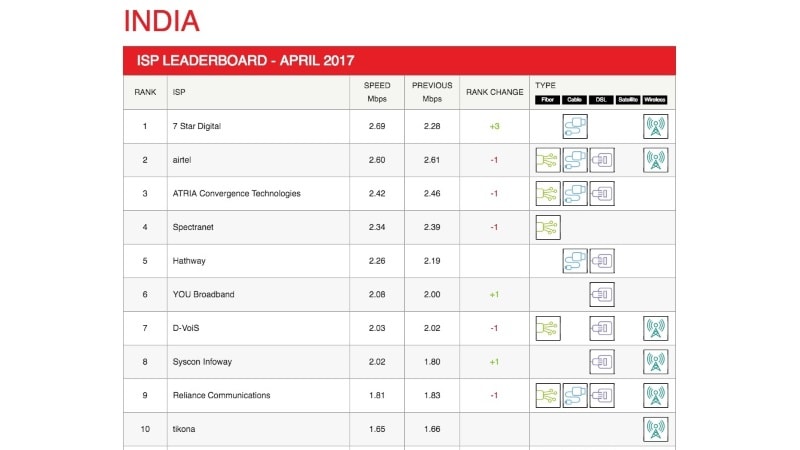 Popular video-streaming platform Netflix has released the monthly ISP speed index for April and 7 Star Digital has been declared to have the best monthly average Internet speed in India. Its average monthly speed of the network increased from 2.28Mbps in March to 2.69Mbps in April. While Airtel is second in the list, notably, Reliance Jio doesn't feature in the list, despite having the largest share of broadband connections in India when counting wireless connections according to TRAI.

This increase in the average monthly speed helped the 7 Star Digital gain three spots on the list to claim the top spot in India for the first time, Netflix said in its official blog. Airtel on the other hand saw small drop in average monthly speeds, as did ACT-Fibernet.

In April, 7 Star Digital managed to topple Airtel, which is now at the second place, from the top spot in India. Airtel is followed by ATRIA Convergence Technologies, Spectranet, and Hathway in the list released by Netflix. Airtel, ATRIA Convergence, Spectranet, and Hathway managed to deliver monthly average speeds of 2.60Mbps, 2.42Mbps, 2.34Mbps, and 2.19Mbps respectively during the month under consideration. The top 10 was rounded off by YOU Broadband, D-VoiS, Syscon Infoway, Reliance Communications, Tikona, Tata Communications,