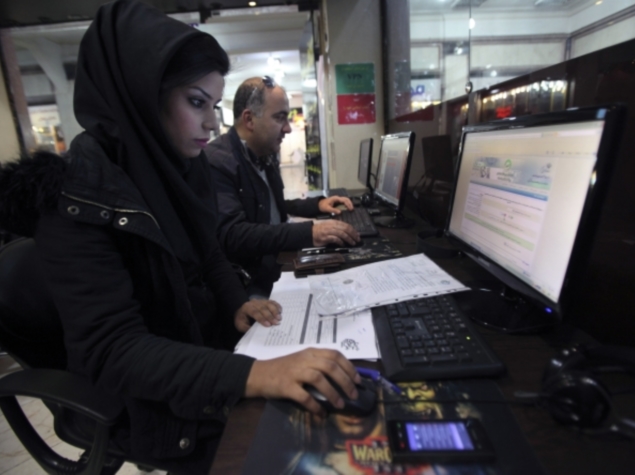 As a debate continues on 'net neutrality', the Internet and Mobile Association of India (IAMAI) on Wednesday alleged that Trai was furthering the agenda of telecom operators on this issue, even as the submissions received by the regulator neared 8-lakh level on the matter.

The telecom sector regulator has invited public comments on a discussion paper on policy framework for net-neutrality and Internet-based messaging and calling service providers such as WhatsApp, Skype, Viber and Google Talk.

"It looks like Telecom Regulatory Authority of India (Trai), in its consultation paper, has copy-pasted from submissions of telcos. India has a robust and at times, overbearing IT Act," IAMAI President Subho Ray said.

IAMAI counts global as well as domestic Internet firms like Google, Facebook, Snapdeal, Ola, MakeMyTrip and Saavn as its members.

Expressing support for net neutrality, Ray said in a statement that "the paper makes an assumption that Internet doesn't come under any regulations, which is incorrect. All Internet companies are regulated by IT Act."

Sources said that Trai has already received 7-8 lakh comments on the discussion paper, floated on March 27.

IAMAI said that its members met on Wednesday to discuss the paper and will submit its response in a week's time.

An intense debate, including on social media platforms, began recently on the issue of 'net neutrality' after some telecom firms, including Bharti Airtel and RCom, announced services that are being billed as going against the concept of maintain equal Internet access for all.

Airtel has announced its 'Airtel Zero' initiative, an open marketing platform that allowed customers to access a variety of mobile applications for free. The data charges were being paid by startups and large companies.

Buckling under a growing public outrage, e-commerce giant Flipkart on Tuesday decided to 'walk away' from Airtel Zero, while travel portal Cleartrip on Wednesday pulled out of 'Internet.org' platform of Facebook, where RCom is a partner.

This means that users should be able to access all websites at the same speed and cost and no website should be given preferential treatment over another.

The telecom majors continue to defend their services saying these platform do not violate the concept, but Flipkart yesterday said it realised that net neutrality "can get compromised in the future".

On Tuesday, Facebook chief Mark Zuckerberg rejected criticism that the Internet.org programme was against the concept of net neutrality.

"For people who are not on the Internet though, having some connectivity and some ability to share is always much better than having no ability to connect and share at all. That's why programmes like Internet.Org are important and can coexist with net neutrality regulations," Zuckerberg said.

Another e-commerce player Zomato has also come out in support of net neutrality in India.

"Of course, we are for #NetNeutrality @snapdeal", read Snapdeal CEO Kunal Bahl's tweet, while Zomato chief Deepinder Goyal tweeted: "Couldn't have built Zomato if we had a competitor on something like Airtel Zero."

Over 5.82 lakh emails have been sent to Trai through a website, Savetheinternet.in, in support of net neutrality. The last day for submission of comments is April 24.

The discussion paper includes views from Trai itself, as also the publicly available data and information from other sources.

It has also said that there can be a threat to individual and national security from OTT applications and besides security challenges at the national level, OTT communications like and OTT media can pose a threat to privacy.

The paper further says that the messaging applications can manipulate social engineering by "psychological manipulation of people" into performing actions or divulging confidential information.

Trai has said that mobile applications providing free Internet-based calls and messaging services can be a threat to individual and national security.

"Most applications can trace the user's location for underlying processes (such as GPS apps finding the nearest restaurants). This information may be used to commit a crime, or the location itself may be the target of a crime. Such threats can impact the nation's security and financial health," Trai paper says.

Besides, it has also come down heavily on taxi-hailing apps like Uber and Ola, as also e-commerce platforms, saying they were bypassing local rules and licensing regime, while posing significant risks despite providing easy solutions for the consumers.

Buying a Paris to Berlin Ticket: What Google Really Offers
Ten Amazing iOS Widgets That Ensure You Don't Need to Open the App