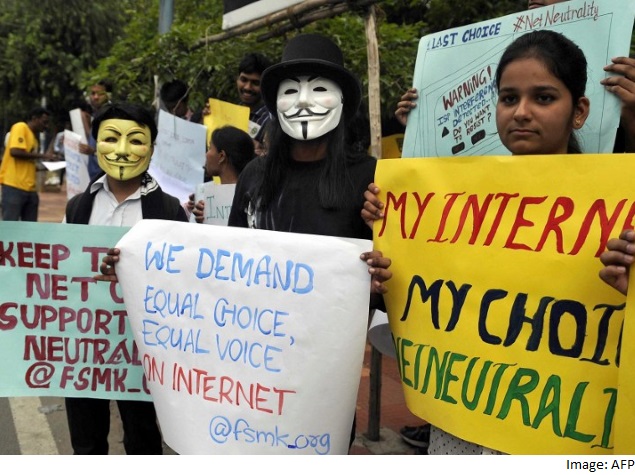 Four million mobile subscribers have supported COAI's campaign favouring net neutrality for Internet-based communication services like WhatsApp and Skype and their being subject to norms similar to those applying to mobile phone operators, the apex body of cellular operators said on Sunday.

"Sabka Internet, Sab ka Vikas - the campaign for net neutrality, net equality and consumer choice, has received support from over 40 lakh Indian mobile users in under a week," the Cellular Operators Association of India (COAI) said in a statement.

"The entire mobile number database of supporters is auditable on request by the appropriate agency," it added.

Launched last week, "Sabka Internet, Sab ka Vikas", a campaign about making the Internet accessible and affordable for every Indian, seeks a level playing field with net-based services like Skype and WhatsApp.

The industry body said if the telecom operators are not offered a level playing field with net-based services, then their businesses would be viable only by raising data prices by up to six times.

It comes against the backdrop of the debate over net neutrality and allegations that telecom operators are hurting the concept of free Internet access by giving preferential treatment to a select few service providers.

"COAI started the outreach effort to ensure that mobile customers have the freedom to benefit from the power of the Internet in the way they would wish to, including the choice of platform, device and technology," said COAI director general Rajan S. Mathews.

The net neutrality principle came into focus in India following mobile operator Airtel's launch of an open marketing platform 'Airtel Zero', and the Telecom Regulatory Authority of India's consultation paper on whether telecom firms could be allowed to charge different rates for different uses of Internet data such as email, browsing and for use of OTT apps like WhatsApp, Viber and Skype.