Mobile penetration in India only 26 (not 74) percent, says GSMA 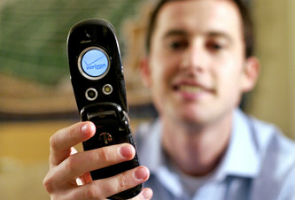 Actual mobile phone users in India are around 26 percent of the total population, a study by global telecom body GSM Association (GSMA) has said.

GSMA Director General Anne Bouverot said that on average, each user has 2 SIMs and in terms of unique number of subscribers, there are about 380 million actual users about 26 percent of the total population.

Accroding to the data released by Telecom Regulatory Authority of India for October month, out of the total 904.32 million wireless subscribers in the country, 703.92 million were active connections.

The teledensity, based on total number of mobile connections, has reached 74.21, according to TRAI.

Bouverot said that GSMA sees India as the second largest market in the world in terms of mobile connections.

The world-wide average SIM (mobile connection) per person is 1.85 which shows that only 45 percent of the world population are actual mobile users.

According to GSMA research, by the end of 2012 total mobile connections globally will stand at 6.8 billion.

"If I look at worldwide number, the message that I have been passing over past few months is that there is lower mobile penetration than what we thought. Worldwide its about 45 percent of the population. But in India its actually even more exacerbated," she said.

According to the study, the total number of mobile subscribers globally will stand at 3.2 billion by end of 2012, growing to 4 billion within the next five years.

GSMA has found that global penetration based on total connections is set to exceed 100 percent in 2013.

Bouverot said that people in India are very savvy and they will be look at offers and promotion.

"We have to really think that not everybody in the world has mobile phone. Operators have lot of work to do and off- course government and the regulator have to work hand-in-hand with the operators to enable this," she said.