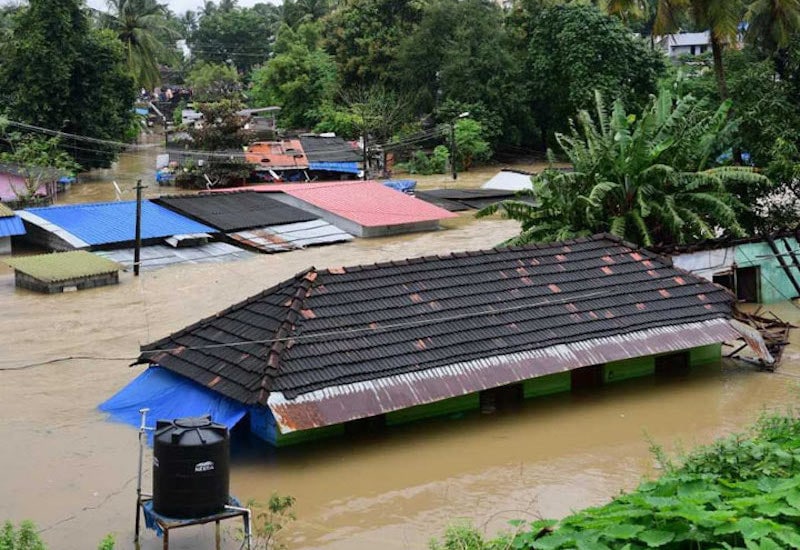 Kerala floods have ravaged daily life in the state, resulting in the death of over 300 people and displacing more than 3 lakh. A red alert has been issued in Kerala due to the rains and 2,000 relief camps have been set up. Internet search giant Google has joined telecom operators Airtel, Vodafone, Jio, BSNL and Idea in helping the affected people using technology. Google is allowing Android users to share their locations even when they are offline to help rescuers find them. The telcos are offering data and calling benefits to prepaid customers in the state, while postpaid users are getting extension on bill payments as well as uninterrupted services due to the disruption resulting from Kerala floods. Airtel is also providing free Wi-Fi and calling facility to affected users, and is providing them the option to recharge their phones’ batteries at select Airtel stores.

Google Maps users on Android phones and tablets will be able to send the plus code of their locations online as well as offline. They just need to zoom in to their location to the maximum - just touch and hold on the location to drop a pin on the map. At the bottom will be an address - any user can find this code to locate you, and share it with others as well. To share the Google Maps location plus code offline during the Kerala floods, you can send it via SMS or make a call to any number. To share it online, enter the plus code and city name in the search box of the Google Maps or Search app.

In the aftermath of Kerala floods, Airtel is offering prepaid subscribers in the state auto-approval of talk time credit worth Rs. 30. This sum will be credited automatically to their accounts, and will have to be paid back later on. Along with this, the prepaid users will get 1GB of mobile data with validity of 7 days. Additionally, all STD and local calls made to Airtel numbers will be free from August 17 to August 19.

Postpaid and home broadband users are getting an extension on bill payment as well uninterrupted access to services. Airtel says is also setting up VSAT at five centres to deliver free Wi-Fi and calling to people impacted by Kerala floods.

Additionally, anyone can come to one of the 30 Airtel Stores to charge their phones and to make free calls to their friends and family. These Airtel Stores are located in Thrissur, Calicut, Malappuram, Kannur, Kottayam, Thiruvananthapuram, and Ernakulam.

Jio is doing its bit to help those impacted by Kerala floods by offering customers complimentary unlimited voice and data access for a week to stay in touch with their friends and family.

Vodafone is giving prepaid users talk time of up to Rs. 30 as well as 1GB of mobile data. While the data is being credited automatically, subscribers will have to activate it by sending a text message saying CREDIT to 144 or by dialling *130*1#. Vodafone postpaid customers will get uninterrupted services and extension on bill payments, which should give some buffer to those impacted by Kerala floods.

Idea is offering emergency credit of Rs.10 to all prepaid customers. Customers can dial *150*150# to get the talk time instantly. All Idea prepaid customers will also get 1 GB data free valid for 7 days. This benefit will be automatically credited to customers. Idea says it will also extend the due date for bill payment for all postpaid customers to ensure they continue using the services, uninterrupted. Prepaid users whose recharge validities are expiring by August 18 will get validity of another two days. Idea stores will also allow users to charge their phones' batteries.

CMD BSNL has announced relief for those impacted by Kerala floods in the form of on free calls to both BSNL and non-BSNL numbers, limited to 20 minutes per day. He added that SMS and data to customers residing in flood affected areas of Kerala will be free for the next 7 days beginning Thursday.

The unprecedented rains have caused Kerala floods of a magnitude not seen in recent times. Kochi airport has been shut down, and the army, the navy, the NDRF and other forces are working on rescue and relief operations in the aftermath of the Kerala floods. Food packets and drinking water are being rushed to Kerala for distribution among the people in 14 worst affected districts, while additional National Disaster Response Force (NDRF) teams are also being sent to the state to assist the local administration in operations.

How India's Insuretech Startups Are Battling Against Their Biggest Problem: Consumer Mistrust
Researchers Develop App That Can Extend Your Smartphone's Battery Life