Jio Wi-Fi Mesh router appears with a price tag of Rs. 2,499 on the Smart Consumer site. 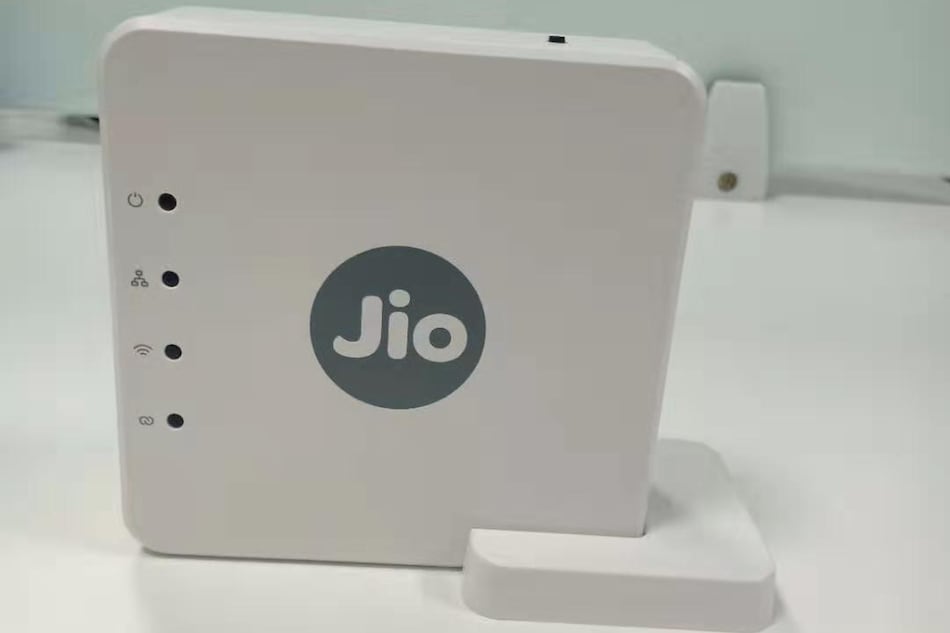 A Jio Wi-Fi Mesh router has surfaced on the Web along with details about its purported price and dimensions. The new development comes amidst the testing of a mesh network-based offering by Jio in India. The surfaced router has apparently been designed by a Karnataka-based electronics manufacturer Neolync Electronics and is likely to work with separate mesh nodes to provide enhanced Internet coverage. JioFiber customers may get some new broadband plans that would work with its mesh offering and get unified, high-speed connectivity at their homes.

As spotted by telecom-focussed blog Telecom Talk, the Jio Wi-Fi Mesh router has been listed with a price tag of Rs. 2,499 on the Smart Consumer site, backed by the Ministry of Consumer Affairs. The router has a Jio logo on top and includes indicators to provide status of Wi-Fi and LAN connectivity.

The Smart Consumer site also shows that the Jio Wi-Fi Mesh router is available on a pan-India basis. However, there is no such information on the official Jio site.

Gadgets 360 has reached out to Jio for clarity on the launch of its Wi-Fi Mesh router and will update this space when the operator responds.

The surfacing of the Jio Wi-Fi Mesh router isn't the only reference suggesting the launch of the operator's mesh service in the country. In fact, the operator suggests its mesh network technology on the JioFiber site. “Enjoy the best Jio WiFi Mesh experience in every room of your home with JioWiFiMesh service,” the company said on its site. Furthermore, a video has been provided on YouTube since September last year that gives a glimpse of Jio's mesh service experience.

Similar to Jio, Airtel recently started offering its mesh technology which it calls Airtel Xstream Fiber Mesh. The telco has partnered with Linksys to offer a mesh system with three nodes that are touted to cover an area of 3,500 square feet. Moreover, Airtel users need to subscribe to its Rs. 24,999 annual rental plans to get the mesh system bundled with their broadband network.