Jio Download Speed Rises in May 2018 After Dropping for 2 Months: TRAI Data 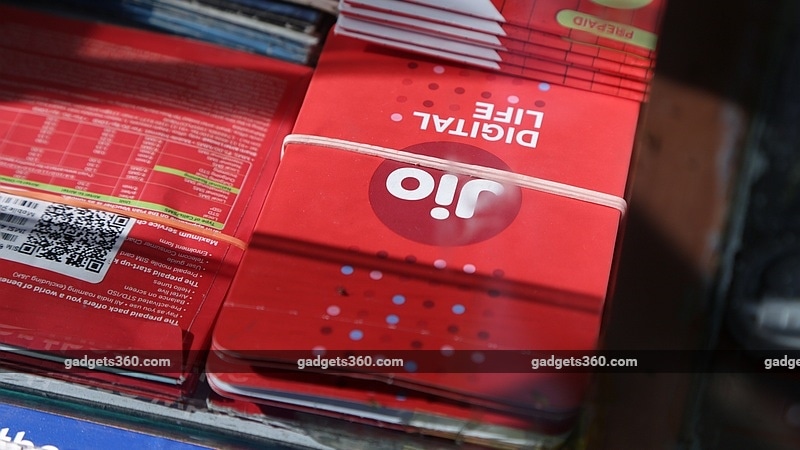 The Jio download speed rose roughly 30 percent in May 2018 over the preceding month, putting a stop to the two-month decline in download speeds the operator had been experiencing. According to data shared by telecom regulator TRAI’s MySpeed app for the month of May 2018, the Jio download speed was 19Mbps, up from 14.7Mbps in April. It stood at 21.3Mbps in February this year, but the Jio speed dipped for two successive months, before finally rising to 19Mbps in May. Airtel, Vodafone and Idea, on the other hand, experienced marginal changes in their respective download speeds in the month.

As per the MySpeed data, the Jio download speed was the highest in the market at 19Mbps. It was followed by Airtel at 9.3Mbps, a small rise over the 9.2Mbps speed the operator registered in April this year. Next were Vodafone and Idea at 6.8Mbps and 6.5Mbps, respectively. In the preceding month, Vodafone registered 4G download speed of 7.1Mbps, while Idea recorded the same at 7.4Mbps — showing a decline for both the operators.

Now coming to upload speeds in May 2018, Idea continues to lead the market even though its 4G upload speed has fallen for the second straight month. On the other hand, Airtel, Vodafone and Jio saw their 4G upload speeds rise slightly. Getting down to the numbers, Idea registered download speed of 6.3Mbps, followed by Vodafone at 5.2Mbps. Jio and Airtel took the next two spots at 4.8Mbps and 3.8Mbps, respectively. In the previous month, Idea, Vodafone, Jio and Airtel stood at 6.5Mbps, 5.2Mbps, 4Mbps, and 3.7Mbps, respectively.

Last week, TRAI said that Airtel delivered higher 4G download speeds than Jio in the Delhi-NCR area, based on Independent Drive Tests in the region. In the tests, Airtel delivered 8.9Mbps download speed, followed by Jio at 7.3Mbps. Vodafone rounded off the list with 4.9Mbps speed. In upload speeds in the Delhi-NCR area, Vodafone topped the list at 5.8Mbps, followed by Jio (2.1Mbps) and Airtel (2Mbps).