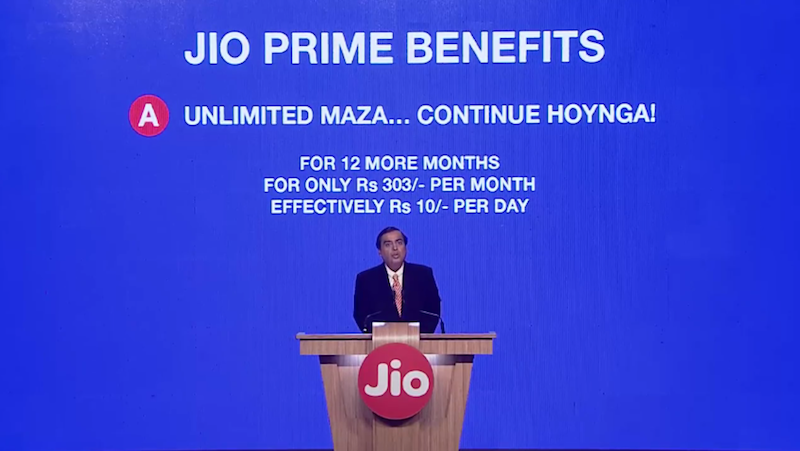 Reliance Jio recently revealed its wide variety of Jio Prime plans for subscribers, but the company was certainly not done with its announcements. Reliance has now announced a limited period "buy one get one free recharge" offer for users who subscribe to Jio Prime before March 31.

Under the new Jio Prime "buy one get one free recharge" offer, Reliance Jio users who buy the new Rs. 303 monthly pack will receive up to 5GB free data (which is equal to the Rs. 201 booster pack). Similarly, Jio users who buy the Rs. 499 or higher Prime pack will get 10GB free 4G data (equal to the Rs. 301 booster pack). The company says that the free add-on data will be given to users automatically. Reliance Jio has confirmed the "one plus extra data" offer to Gadgets 360. The details were first tweeted out by Twitter user Sanjay Bafna.

Reliance Jio Prime vs Non-Prime Plans: What the Subscriber Gets

Reliance Jio Denies Reports It Plans to Charge for Calls After 1,000 Minutes

The Jio Prime plans will come into effect from April 1, 2017, the day the existing Jio Happy New Year Offer expires. The company last month announced its new Jio Prime subscription plan, which will now charge over 100 million subscribers for data and other services from April 1.