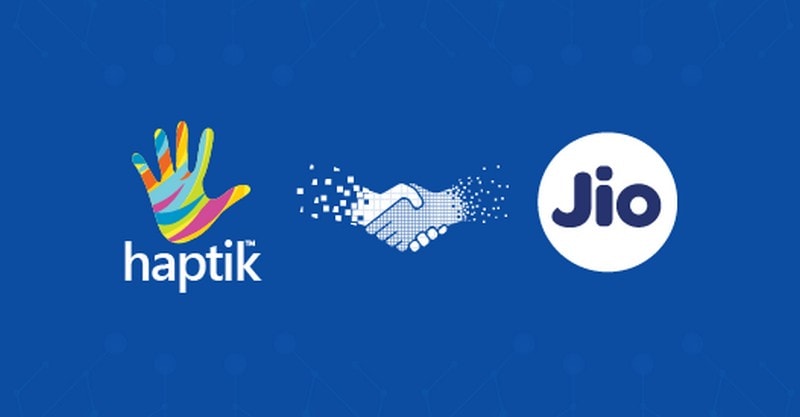 Reliance Industries on Wednesday announced that its subsidiary Reliance Jio has acquired Mumbai-based Haptik - one of the world's largest conversational Artificial Intelligence (AI) platforms - for about Rs. 700 crore.

Reliance will hold about 87 percent of the business, with the rest being held by Haptik's founders and employees via stock options.

The transaction, including investment for growth and expansion, will see Rs. 230 crore as an initial business transfer, the company said in a statement.

With this acquisition, Jio, with its widespread reach, will be in a formidable position to challenge Amazon's Alexa and Google Assistant - both growing fast in the Indian market via smart home speakers and other "connected" Internet of Things (IoT) devices.

Recent data released by the Telecom Regulatory Authority of India (TRAI) showed that the subscriber base of Jio was nearly 29 crore.

"We believe voice interactivity will be the primary mode of interaction for Digital India. We look forward to working with the experienced team of Haptik in realizing this vision for offering greater connectivity and rich communication experiences to the billion+ Indian consumers," Akash Ambani added.

The Haptik team will continue to drive growth of the business, including the enterprise platform as well as digital consumer assistants.

"We believe now is the opportunity to serve the next billion users who come online, and who better to partner with than one of the world's largest digital ecosystems in Jio," said Aakrit Vaish, Co-Founder and CEO, Haptik.

Vaish, along with Swapan Rajdev, founded Haptik in 2013 as a chat-based virtual concierge mobile application.

Haptik has processed more than two billion interactions till date, with a client list that includes Samsung, Coca-Cola, Future Retail, KFC, Tata Group, Oyo Rooms and Mahindra Group, among others.

In April 2016, Haptik had raised capital from Times Internet who will exit the business as a part of this transaction.

Chatbots are slowly becoming the default customer support solution for most services and Haptik is one such platform - building applications for consumers, publishers and enterprises.

More than 50 percent of Indian retail companies will be operating on AI by 2020, said PeopleStrong, a Software-as-a-Service (SaaS) HR technology and solutions company, recently.

According to an Accenture analysis, AI has the potential to add $957 billion to India's economy in 2035.