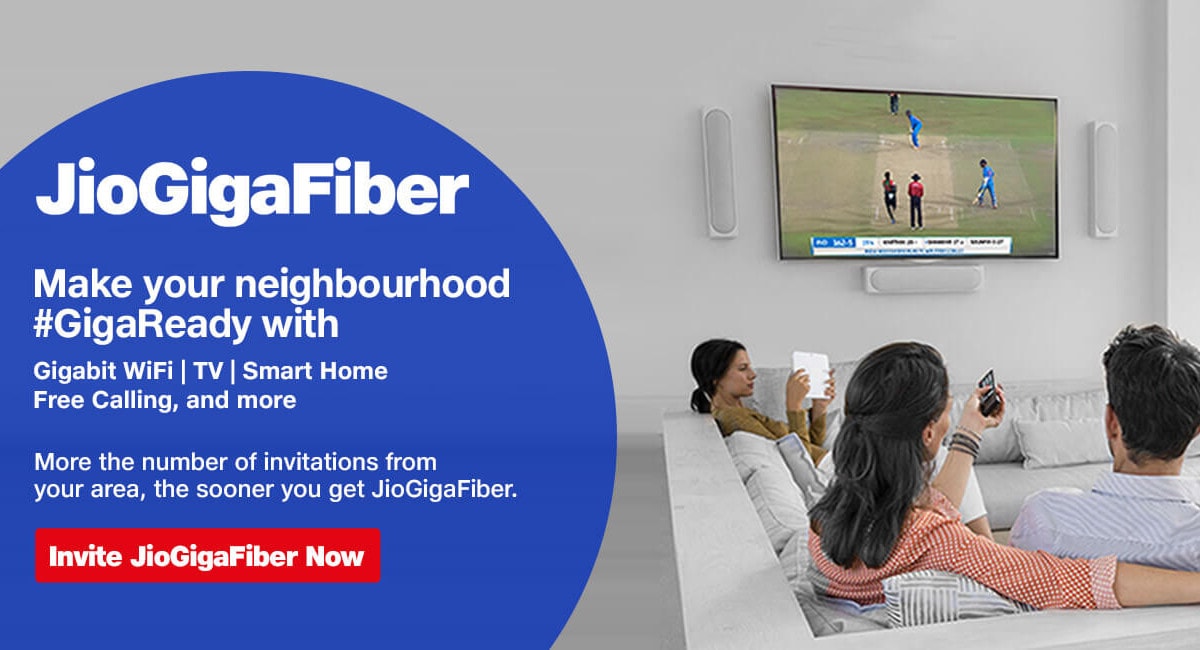 Reliance Jio has reportedly started rolling out landline services to Jio GigaFiber subscribers. The development comes a month after the company was seen testing Triple Play plan for GigaFiber subscribers in which Jio was offering unlimited voice calling support. The company is yet to officially say anything about the landline rollout or the expanded commercial availability of the GigaFiber service itself. Reliance has been surprisingly quiet about Jio GigaFiber since announcing it with much fanfare at its Annual General Meeting (AGM) last year. The company has sparingly mentioned Jio GigaFiber at its earnings calls but without any specifics.

According to a tweet by Jio GigaFiber user Preshit Deorukhkar, Reliance Jio begun offering its broadband service users with a landline connection that uses the company's GigaHub Home Gateway. The gateway is already installed in the premises of all existing GigaFiber users to provide the fibre connectivity and it will be also reportedly used to provide the GigaTV aka Jio Home TV services.

He also revealed that the company is asking the subscribers to arrange their own telephone instrument to use the service.

Reliance had revealed its AGM last year that GigaFiber will act as an all-in-one solution by providing broadband, IPTV, landline, video conferencing, VR gaming, and other services. The latest development seems to be a part of the company's gradual rollout of all these service to the current subscribers.

Reliance Jio is yet to start expanded rollout of GigaFiber services and it is still onboarding a limited number of subscriber in select cities on the preview plan.

Meanwhile, a recent report had suggested that Reliance Jio will offer a combo plan to its subscribers for as low as Rs. 600. This plan will include access to broadband, TV, and landline services. The company was also seen testing a new triple play plan, on the same lines, with its employees.

It is important to note here that the Jio landline services are gradually being offered to its subscribers and will not be available immediately to all.

A Reliance Jio customer service representative told Gadgets 360 that as and when Jio TV and landline services are rolled out for respective subscribers, they will be informed via SMS or call.