Jio Expected to Dominate Agenda at Reliance AGM on Thursday 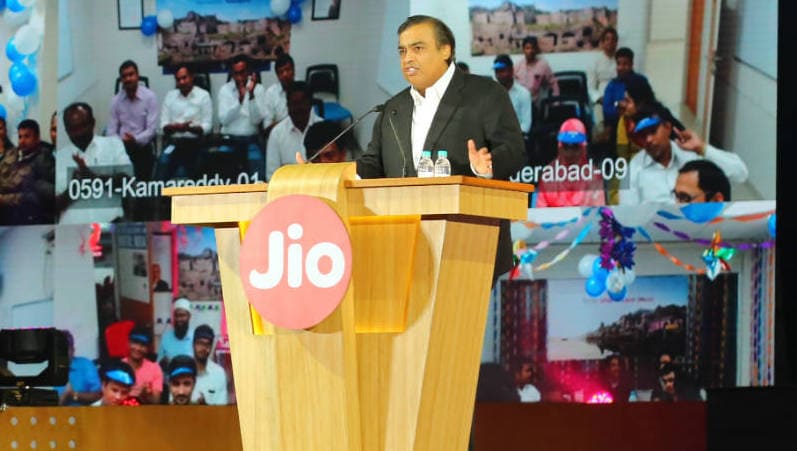 Annual General Meetings of Reliance Industries have always been a major draw. This time what's evoking particular interest is that Chairman Mukesh Ambani, perhaps, would give some insights into the group's largest project till date - the $21 billion (roughly Rs. 1,40,637 crores) Jio 4G telecom services.

Officially, key people in the company are tight-lipped. But what they do maintain is that there will be some "breakthrough" communication from the Chairman on some new initiatives, and that Jio will be one of them. The Annual General Meeting is on Thursday.

"But don't expect anything on commercial launch or something like that. True, people are queuing up for Jio SIMs during our trials. But there are some interconnection issues - 65 percent call failure is happening between Jio and other operators," said a source, requesting anonymity.

(Also see: How to Get Reliance Jio Sim Without Lyf Phone)

"There are some expectations about the commercial launch being announced - though, in our view, a full, nationwide launch could still be a few weeks to a couple of months away," JP Morgan said in an analysis.

The merchant banker, nevertheless, said what will be interesting is a guidance on tariff plan, as also if the first set of trial launches that ends soon will be extended till full commercial run is announced.

"Despite Reliance Industries' core business firing on all cylinders, exemplified by the repeated earnings beats over the last few quarters, investor focus remains firmly on the telcom business (Jio) given the monumental $22 billion (roughly Rs. 1,47,268 crores) spend on it," said Citi Research.

"As of mid-July, number of users under the preview offer had risen to 1.5 million. The management has said it plans to extend this to a few million users to sort out the glitches in the network, before fullscale commercial launch," it said.

"The next key event to watch out for would be the AGM later this week (on Thursday).

Reliance Industries sources said there are three things the company is now working on before the commercial launch - intensive matching of third-party handsets models with the network, putting internal processes in place and checking interconnection with service providers.

Nonetheless, the much-awaited commercial launch has got the incumbents like Airtel, Vodafone and Idea to deploy some of their own strategies - notable on data, offering either much higher data download at the same price, or even a very low data tariff for pre-paid services.

A war of letters, trading charges, have also done the rounds between existing players and Jio.

"From RJio's perspective the key data point is the tariff and how competition reacts to it. If the plans are at a discount to current data tariff plans, then does the industry cut tariffs to match Jio?" queried JP Morgan, adding its impact on Jio's financials, too, has to be assessed.

Lately, there have also been some forecasts on Jio's potential subscriber base and revenues.

"We believe Jio would add more than 40 million subscribers in 2017-18, at an average revenue per user of Rs. 300. We expect it to turn free cash flow positive in 2019-20," the report said, adding the company has so far spent $21 billion on this business with network rollout largely complete.

The company has set a target of 100 million users in the first one year of operations.

"Going into the annual general meeting, we will be keenly watching for any further timeline on these projects: We think management's reiteration of timelines should address investor fear of any delays, especially with regard to petcoke gasification."

LG Bets Big on Oled Panels, Says Price Will Come Down With Increased Demand
Pebble 4.0 Firmware and Apps Released With Emphasis on Health and Speed