The Disney+ Hotstar VIP subscription offers the latest episodes of Indian TV shows at 6am on a daily basis. 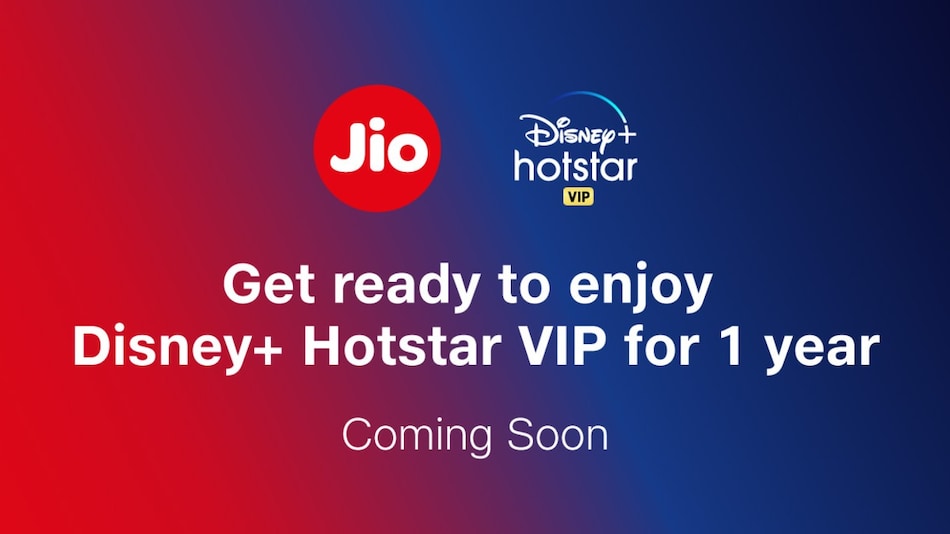 Reliance Jio has started teasing a bundle offer under which it will include a Disney+ Hotstar VIP subscription for one year. The Mumbai-based operator had provided Hotstar Premium subscriptions in the past as well. However, this will be the first time that Jio customers will get the annual Disney+ Hotstar VIP subscription for Rs. 399 a year. It will bring access to Disney+ shows, movies, and Kids content alongside exclusive Hotstar Specials and live sports including cricket, Premier League and Formula 1.

As teased on its official site, Jio is set to offer the Disney+ Hotstar VIP subscription for one year. There is, however, no clarity on whether the bundling subscription will be limited to specific plans. The operator has also not provided any details around the launch date of the offer. It does mention on the teaser banner that the bundle is “coming soon”.

Gadgets 360 has reached out to Jio for clarity on the new offer and will update this space when the operator responds. The teaser banner was first reported by telecom-focussed blog OnlyTech.

Another move to counter Airtel?
Last month, Airtel brought the Rs. 401 prepaid recharge plan with the Disney+ Hotstar VIP subscription for a year. The plan also includes 3GB high-speed data allocation and a validity of 28 days.