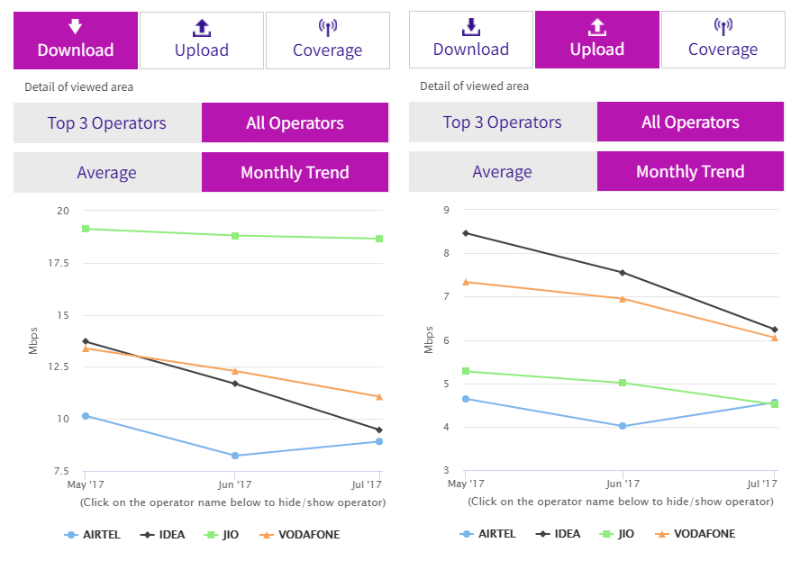 For the second consecutive month, Reliance Jio, Idea Cellular, and Vodafone saw their 4G peak download speed decrease, while Airtel was the only one of the four big telecom operators whose 4G download speed increased. The data comes from the TRAI MySpeed app, which tracks network speeds and other information by collecting data from consumers’ phones. Jio has retained its position as the fastest telecom network in the country with a peak download speed of 18.654Mbps, making July the sixth consecutive month it has remained on top of the list.

More Than 1,300 Trains Could Get Infotainment Services as RailTel Floats Tender
GoPro Bets on Upcoming Hero6, Fusion Cameras in Bid for Profitability