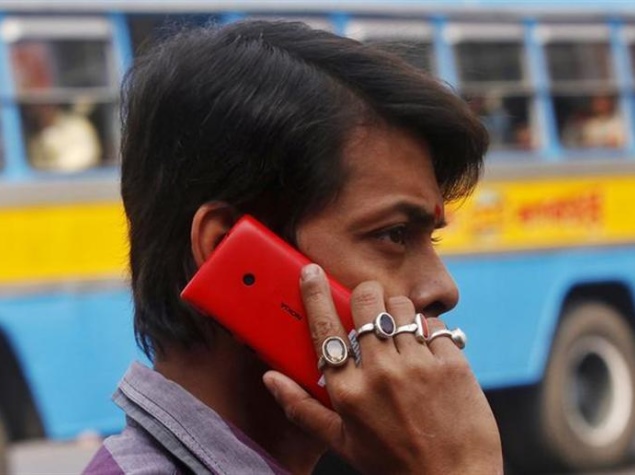 Usage of 3G services in India more than doubled in 2013, exceeding the global average, Nokia Solutions and Networks said in a report on Wednesday.

"3G services in India have surpassed the world average in terms of growth. However, there are still gaps in 3G coverage even in the top 50 towns. Filling of those network coverage gaps can take up 3G penetration dramatically," NSN's Vice President and Head of India Region Sandeep Girotra said in New Delhi.

Data traffic generated by 2G and 3G services combined grew 87 percent in the country in 2013, driven largely by strong growth in the faster 3G data, the study said.

NSN's Mobile Broadband India Traffic study showed that customers in India consumed an average of 532MB of 3G data every month, up 23 percent from 434MB in 2012.

The average consumption by 3G users was more than three times that of 2G consumers, which stood at 146MB per month.

Last year, 3G continued to be the main contributor to data growth and increased its share to 43 percent of total mobile data from 33 percent in 2012.

Girotra said there are about 80,000 mobile towers that transmit 3G signals, accounting for 30-40 percent of coverage in the country and there can be a dramatic increase if

"Even in the top 50 cities by mobile traffic, many cities are not fully covered by 3G and require an additional 20-25 percent of existing sites for coverage," Girotra said.

With 4G technology maturing, telecom operators are now looking to deploy 3G equipment that can be upgraded.

"I expect 3G to be mainstream mobile Internet service for at least 2-3 years, after which we will see a mix of 4G and 3G. 2G, too, will continue in the country," Girotra said.

NSN at present manages about 160,000 mobile towers in the country. The network managed by the company handles traffic of about 280 million active customers.