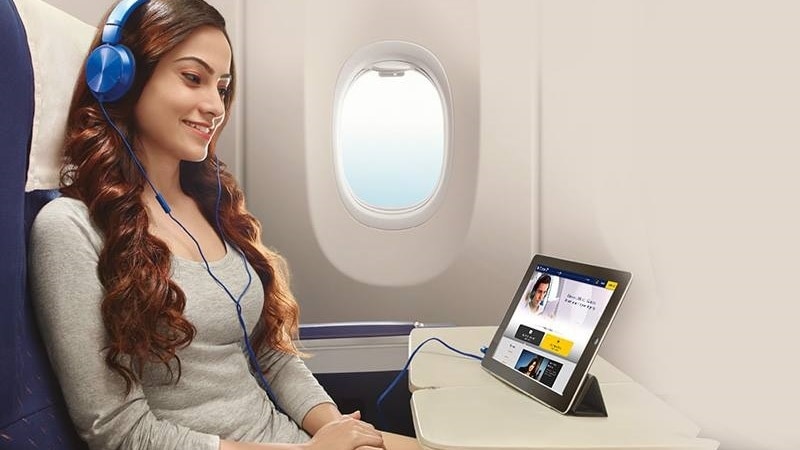 Calling and texting from aircraft will soon become a reality as the Telecom Commission on Tuesday has approved in-flight connectivity, facilitating both voice and data calls and data surfing in Indian airspace, Telecom Secretary Aruna Sundararajan said.

"Almost all recommendations by the Telecom Regulatory Authority of India (TRAI) on this have been accepted. We are expediting the process (to start) and within 3-4 months it should be ready. We will be operationalising this decision immediately," she told reporters after the meeting on Tuesday.

She said there were only two exception to TRAI's recommendations. The sector regulator said that foreign satellites and foreign gateways should also be permitted, "but there had been an earlier committee of secretaries meeting that decided that it should be an Indian satellite or a Department of Space approved satellite and the gateway should be in India."

Sundararajan said: "We have to create a separate category of licensee, called In-Flight Connectivity Provider. This will also be applicable for ships. Re 1 will be the token licence fee. It is applicable above 3,000 metres."

She also said that the matter need not go to the Cabinet for approval.

In addition, keeping in view that grievance redressal in the telecom sector, which has been a long pending demand, the panel approved the proposal of forming a Telecom Ombudsman.

"We get 10 million grievances per quarter. A three tier mechanism has been proposed. First will be within the telecom service providers the first level of complaints can be lodged. Then if the consumer is not satisfied with the response, each TSP will set up an appellate mechanism within itself to which the person can complaint. After that if it does not work they can move to consumer grievance redressal forums," Sundararajan said.

"On top will be a Telecom Ombudsman created by TRAI. The TRAI has said they do not have the powers to create, therefore, it has now been proposed to give them powers to create an ombudsman mechanism. The idea is they can have one ombudsman per TSP, or one ombudsman per region or as many ombudsman as they feel are necessary. This will bring in much better and more satisfactory grievance redressal into the telecom sector. This will be done in priority basis. It will require amendment of TRAI Act," she added.

Among other important decisions, the panel also approved the decision on Internet telephony. "It will be operationalising it immediately. We expect that this will give a fillip to VoIP telephony through the data networks," the telecom secretary said.

It also approved 12 major recommendations of TRAI on ease of doing business.

She said proliferation of broadband through public Wi-Fi network, has also been accepted.

"Except that we have asked TRAI to work out an operational framework and all the members of the Telecom Commission felt that this is an extremely important recommendation because it will give a big fillip to the growth of public Wi-Fi hotspots in India and will create a new category of service providers through the public data office aggregators (PDOA)," Sundararajan said.

"The PDOs will be a significant job creation opportunity because right now we do not have many Wi-Fi hotspots and the idea is to proliferate this in a very large scale. So this was seen as a huge catalyst in that direction. We will be working with TRAI to operationalise it with immediate effect," she added.

"The setting up of the Ombudsman for the Telecom sector is a great milestone but how it will be implemented is a big challenge considering 100 crores plus users. The approval for Ease of Doing Business too reflect the DoT's strong resolve the revolutionize and streamline the Telecommunication services in India. However data pricing through Wi-Fi is likely to reduce tariffs but the good news that the Wi-Fi will be chargeable can be very good opportunity to increase revenues," said Hemant Joshi, Partner Deloitte India.

Apple Music vs Google Play Music vs Amazon Music vs Gaana and Others: Which Is the Best Music Streaming Service in India?
HTC U12+ Hands-On Images, Camera Samples Leaked, HTC U12 Specifications Listed