Huawei's CEO says successor won't be from family, no listing plans yet 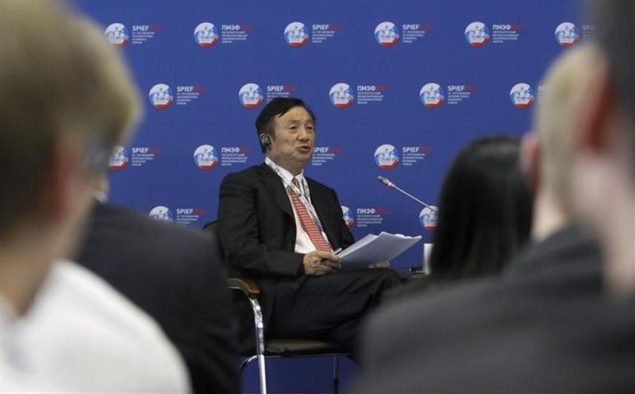 The next CEO of China's Huawei Technologies Co Ltd will not be a family member of the incumbent chief, Ren Zhengfei, an ex-military officer who founded the company 26 years ago and built an empire that now rivals big global names in telecom gear and handsets.

Huawei, which ranks behind just Sweden's Ericsson in telecom equipment sales and is also the world's No.5 smartphone maker, has no plans to list in the next 5-10 years, Ren said an internal letter to employees dated Sunday and whose contents were confirmed by two sources within the company on Monday.

"Huawei's successor should not only have vision, character and ambition, like what we've said before, but also a good global perspective and the acumen to drive the business," Ren wrote. "My family members do not possess these qualities. Thus, we will never be in the running of the successor race," said the 68-year-old.

The two sources within the company, who declined to be identified as they were not authorised to speak to the media, said the letter was authentic. Huawei declined comment.

The market has been speculating about who will take the helm of the company that which has annual sales of $35 billion with global operations stretching from Asia to Africa.

Even though Ren's son and daughter work at Huawei, they are not involved in the rotating CEO system that the board has put in place to pave the way for the era after Ren.

Under the rotating CEO system, three top executives, deputy chairmen Ken Hu and Guo Ping, as well as vice president Eric Xu take turns as acting-CEO for six-month stints. None of them are related to Ren.

Ren, one of China's most influential businessmen and an elusive one who has never granted any media interviews, started the company in 1987 in the Chinese boomtown of Shenzhen.

Huawei has since grown into an enormous company competing against global players such as Ericsson and Alcatel-Lucent SA selling telecom gear to global carriers and taking on Apple Inc and Samsung Electronics Co Ltd in smartphones.

In 2012, its revenues rose 8 percent to 220.2 billion yuan, while net profit rose by a third to 15.38 billion yuan, outpacing rivals such as Ericsson and ZTE Corp.

As to whether Huawei will list, Ren said in the letter that would not happen in the next 5-10 years, adding that the company will not enter the game of the capital markets.

"We have not studied the issue of an IPO because we feel that listing is not conducive for our development," he said.

In his latest letter to employees, Ren also said he was transparent to the outside world as his articles were usually posted on the company's website and available to everyone.

"I don't have to be interviewed by the media to be considered as being transparent. I can make friends through the written word," he said.