Huawei said restricting it from doing business “will not make the US more secure or stronger”. 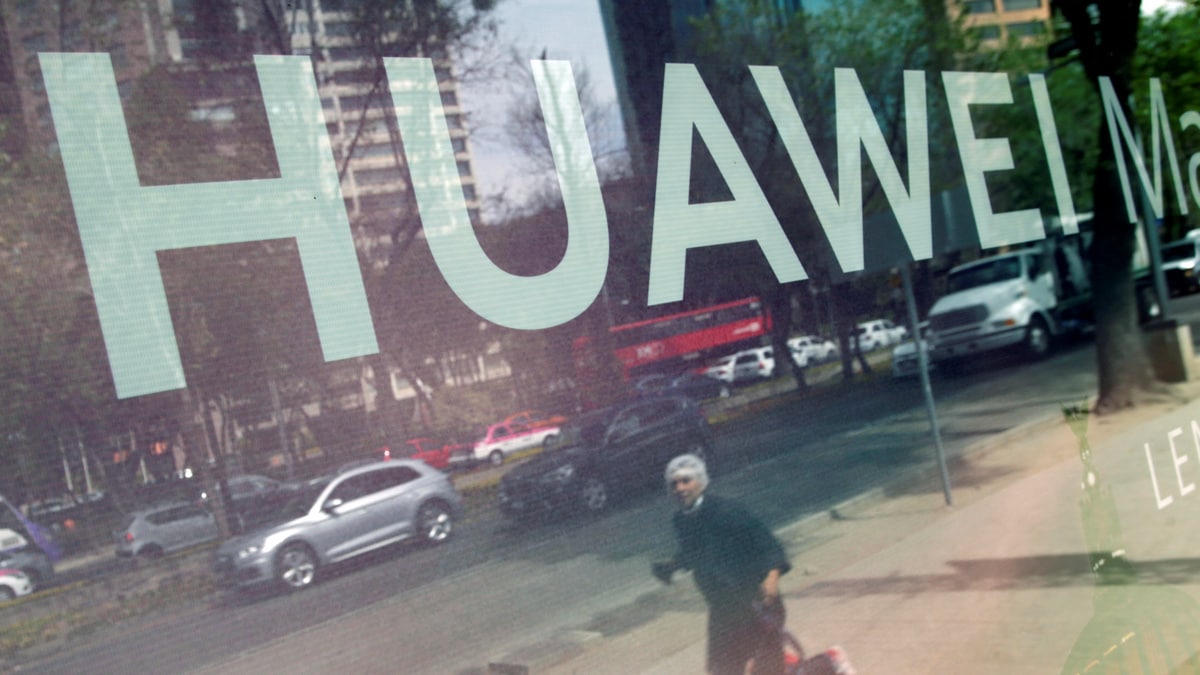 Donald Trump stepped up his battle against Huawei Wednesday, effectively barring the Chinese telecom giant from the US market and adding it to a blacklist restricting US sales to the firm amid an escalating trade war with China.

An executive order signed by the president prohibits purchase or use of equipment from companies that pose "an unacceptable risk to the national security of the United States or the security and safety of United States persons."

"This administration will do what it takes to keep America safe and prosperous and to protect America from foreign adversaries," White House spokeswoman Sarah Sanders said.

A senior White House official insisted that no particular country or company was targeted in the "company- and country-agnostic" declaration.

However, the measure - announced just as a US-China trade war deepens - is widely seen as prompted by already deep concerns over an alleged spying threat from Huawei.

"Restricting Huawei from doing business in the US will not make the US more secure or stronger; instead, this will only serve to limit the US to inferior yet more expensive alternatives," Huawei said in a statement.

"In addition, unreasonable restrictions will infringe upon Huawei's rights and raise other serious legal issues," the statement said.

The Commerce Department followed up with a more direct hit on the tech giant, adding it to a blacklist that will make it much harder for the firm to use crucial US components in its array of phones, telecom gear, databases and other electronics.

'National security'
Commerce's Bureau of Industry and Security (BIS) said it would add Huawei and its affiliates to its "entity list" over alleged Iran sanctions violations.

The listing requires US firms to get a license from BIS for the sale or transfer of American technology to a company or person on the list.

"A license may be denied if the sale or transfer would harm US national security or foreign policy interests," a Commerce Department statement said.

"This will prevent American technology from being used by foreign-owned entities in ways that potentially undermine US national security or foreign policy interests," Commerce Secretary Wilbur Ross said in a statement.

Huawei did not immediately comment on the US blacklisting.

US officials have been trying to persuade allies not to allow China a role in building next-generation 5G mobile networks, warning that doing so would result in restrictions on sharing of information with the United States.

US government agencies are already banned from buying equipment from Huawei, a rapidly expanding leader in the 5G technology.

Beijing was already furious about US moves to limit use of equipment from Chinese firms including Huawei and another company ZTE.

"For some time, the United States has abused its national power to deliberately discredit and suppress by any means specific Chinese enterprises, which is neither honorable nor fair," foreign ministry spokesman Geng Shuang said ahead of Trump's executive order.

"We urge the US side to stop the unreasonable suppression of Chinese enterprises on the pretext of national security and to provide a fair and non-discriminatory environment," the spokesman said.

Trojan horse
The US portrayal of Huawei as a national security danger dovetails with Washington's wider complaint that Chinese companies are unfairly protected by the state, making fair trade impossible.

The move also threatens to further flare trade tensions between the economic superpowers just days after the US more than doubled tariffs on $200 billion of Chinese imports, which was met with a retaliation in kind by Beijing.

On an even broader scale, the United States and some European allies fear that Chinese economic expansion, particularly in the Belt and Road global infrastructure program, is part of a bid for geopolitical dominance.

Amid those worries, Huawei is portrayed as an especially potent Trojan horse that could leverage its ultra-rapid telecoms technology into a Chinese government spy network reaching deep into American society and business fields.

"The administration is right to restrict the use of their products."

So far, the US campaign to lobby other countries to turn their backs on Huawei has had mixed results.

Even the British government, one of Washington's closest allies, is mired in debate over whether to follow the US lead or allow Huawei's proven expertise in developing the 5G capacities.

On Tuesday, the chairman of the company, Liang Hua, visited London to insist that Huawei will "commit ourselves, to commit our equipment to meeting the no-spy, no back-door standards."

Redmi Note 7S With 48-Megapixel Camera Set to Launch in India on May 20, Xiaomi Confirms