Washington says Huawei is a vehicle for Chinese state espionage and imposed new curbs barring US companies from supplying or servicing the company. 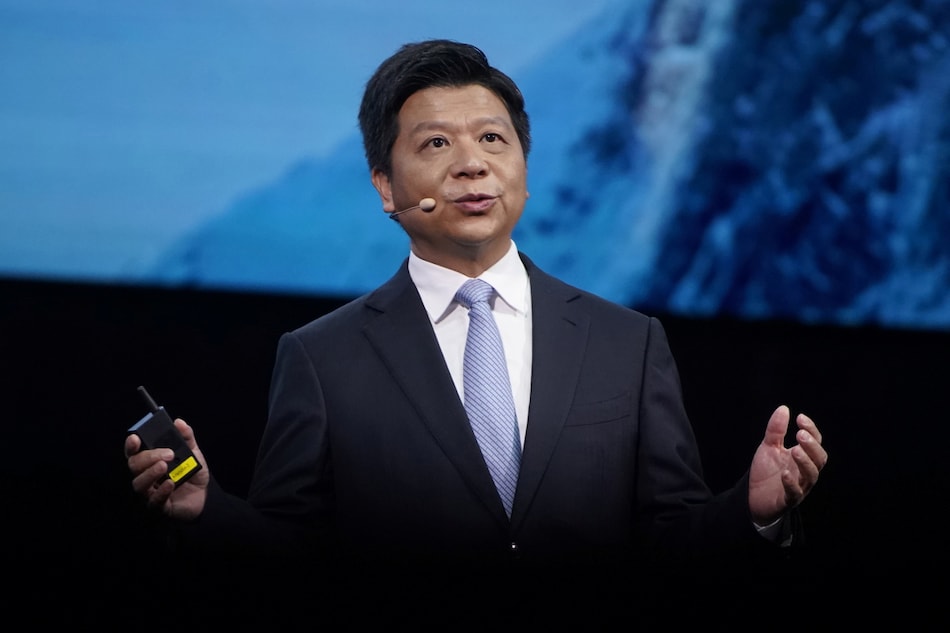 Chinese telecom giant Huawei said on Wednesday its supply chain was under attack from the United States and called on Washington to reconsider its trade restrictions which were hurting suppliers globally.

The world's biggest maker of mobile telecommunications equipment and smartphones is under pressure from US trade curbs designed to choke Huawei's access to commercially available chips.

"The US has modified their sanctions for the third time and that has indeed brought great challenges to our production and operations," Huawei Chairman Guo Ping told reporters in Shanghai.

Washington says Huawei is a vehicle for Chinese state espionage and from September 15 imposed new curbs barring US companies from supplying or servicing the company. Huawei has repeatedly denied being a national security risk.

Guo said that although Huawei had sufficient chips for its business-to-business operations, including its 5G network enterprise, it was feeling the pinch of the US restrictions on its smartphone chip stocks.

It understood that suppliers such as Qualcomm were applying for US licences which would allow them to continue serving Huawei, he added.

Intel has already received licences to supply certain products to Huawei, while China's Semiconductor Manufacturing, which uses US-origin machinery to produce chips for Huawei, has applied for a licence, Reuters has previously reported.

Huawei was willing to use Qualcomm chips in its smartphones should Qualcomm get a licence to sidestep the restrictions, Guo added. Qualcomm did not immediately respond to a request for comment.

"We hope the US government can reconsider its policy and if the US government allows it we are still willing to buy products from US companies," Guo said on the sidelines of its annual Huawei Connect conference.

Huawei has said that from September 15 it would stop manufacturing its most advanced chips under its Kirin line which power its high-end phones. Analysts expect its existing supply of Kirin chips will run out next year.

Consumers have rushed to buy Huawei phones amid concerns its mobile division is about to fold. Vendors say that prices have spiked by as much as CNY 500 (roughly Rs. 5,400) for some devices.

Washington has shown little sign that it is willing to back down from its fight with Huawei, which comes at a time when relations between the United States and China are at their worst in decades.

The United States said last month it would expand a programme it called "Clean Network" to prevent various Chinese apps and telecoms companies from accessing sensitive information on American citizens and businesses.

David Wang, a Huawei executive director, said the company hoped that countries would introduce "rational standards" for 5G. Huawei had yet to see any adverse impact on its global 5G business from the US programme, he added.

Mi 10T Series Set to Launch on September 30 Through Virtual Event: All You Need to Know
Android TV 11 Announced With Privacy, Performance Improvements