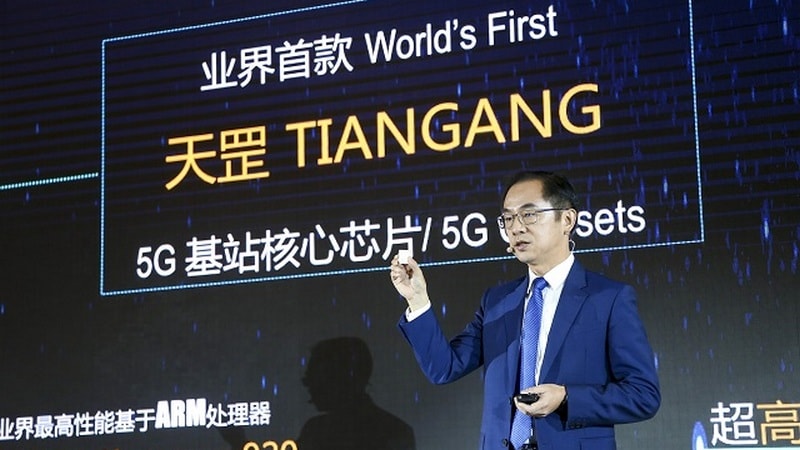 The firm has been using its chipsets in its high-end phones and server products, though it has said it has no intention to become a standalone semiconductor vendor that competes against the likes of Intel and Qualcomm.

Huawei also unveiled its 5G modem Balong 5000, which it described as the most powerful 5G modem in the world.

Richard Yu, the head of the consumer division, said in Beijing it was the world's first 5G modem that fully supports both Non-Standalone (NSA) and Standalone (SA) 5G network architecture.

Alongside, Huawei said its consumer business sales exceeded a record $52 billion (roughly Rs. 3,70,000 crores) in 2018, on strong demand for its premium smartphones, even as it continued to face heightened global scrutiny of its activities.

The jump of around 50 percent in the technology giant's consumer business revenue saw that unit replace its carrier business as its largest segment by sales, Yu added.

Huawei, the world's biggest producer of telecommunications equipment, has been facing intense scrutiny in the past year over its relationship with China's government and US-led allegations that its devices could be used by Beijing for spying. The firm has repeatedly denied the accusations.

Some countries such as the United States and its allies, including Australia and New Zealand, have restricted Huawei's access to their markets. The firm's finance chief Sabrina Meng Wanzhou, also daughter of its founder, was arrested in Canada last month at the behest of the United States.