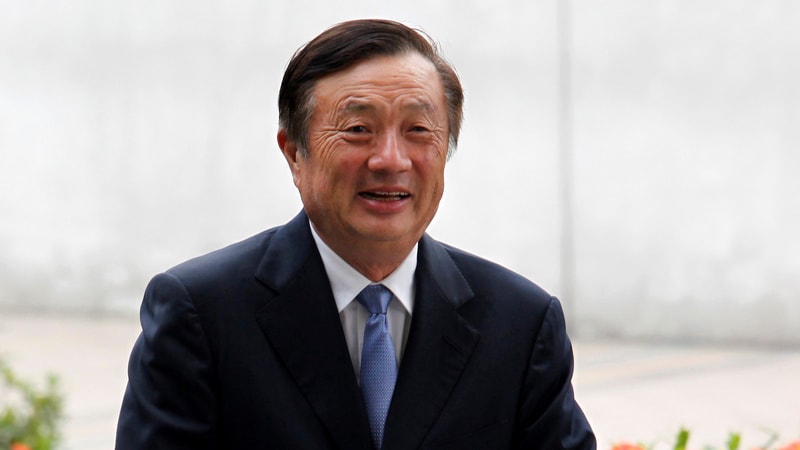 "Firstly, I object to what the US has done. This kind of politically motivated act is not acceptable," Ren told the BBC in an interview.

Canada arrested Meng on December 1 at the request of the United States. Meng was charged with bank and wire fraud to violate American sanctions against Iran.

Huawei, along with another Chinese network equipment company, ZTE, has been accused by the United States of working at the behest of the Chinese government. The United States has said their equipment could be used to spy on Americans. Huawei has repeatedly denied the claims.

Commenting on the spying concerns, the Huawei founder reiterated that the company will "never undertake" any spying activities.

Huawei, the world's biggest producer of telecoms equipment, faces intense scrutiny in the West over its relationship with the Chinese government and allegations of enabling state espionage, with the United States calling for its allies not to use its technology.

Ren said the company could downsize to weather such attempts by the United States.

"The world cannot leave us because we are more advanced. Even if they (US) persuade more countries not to use us temporarily, we can always scale things down a bit", he added.

In comments on a potential ban in the UK, Ren said it would not make the company withdraw its UK investments, adding that it will shift its investments to the UK from the United States if US actions against Huawei continue.

"We will invest even more in the UK. Because if the US doesn't trust us, then we will shift our investment from the US to the UK on an even bigger scale," Ken told the BBC.

Reuters reported earlier on Monday that British security officials do not support a full ban of Huawei from national telecoms networks despite US allegations against the Chinese firm.