Legal experts have said it could be years before a final decision is reached in the case. 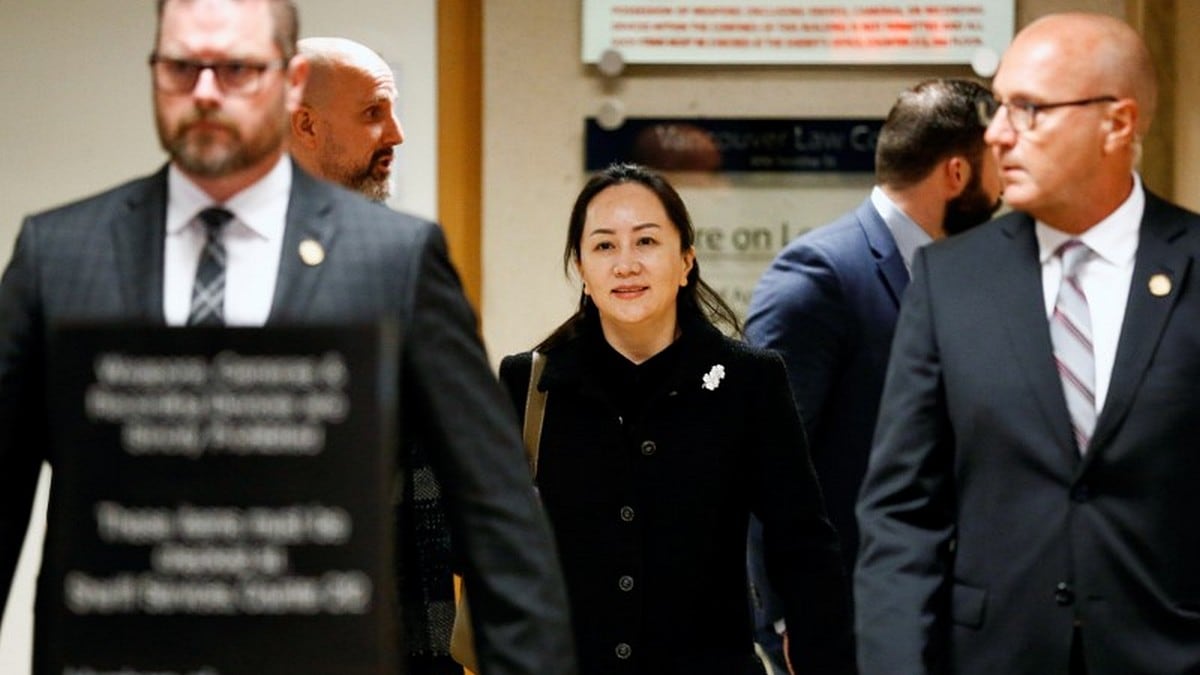 A lawyer for Huawei Chief Financial Officer Meng Wanzhou argued on Monday that "double criminality" was at the centre of a trial to decide whether she can be extradited to the United States, a case that has strained relations between Ottawa and Beijing.

Meng, 47, arrived in a Vancouver courtroom wearing a dark top with polka dots, for the first phase of a trial that will last at least four days, as China repeated its call for Canada to release her.

Legal experts have said it could be years before a final decision is reached in the case, since Canada's justice system allows many decisions to be appealed.

The United States has charged Meng with bank fraud, and accused her of misleading HSBC Holdings about Huawei Technologies' business in Iran.

Court proceedings show the United States issued the arrest warrant, which Canada acted on in December 2018, because it believes Meng covered up attempts by Huawei-linked companies to sell equipment to Iran, breaking US sanctions against the country.

Meng, the daughter of Huawei's billionaire founder Ren Zhengfei, remains free on bail in Canada, and has been living in a mansion in Vancouver's exclusive Shaughnessy neighbourhood.

She has said she is innocent and is fighting extradition in part because her alleged conduct was not illegal in Canada, an argument known legally as "double criminality."

Unlike the United States, Canada did not have sanctions against Iran at the time Canadian officials authorized commencing with the extradition, her lawyers have said.

"Would we be here in the absence of US sanctions law, and ... our response is no," Peck said.

"In a typical case, double criminality is not contentious. This case, however, is founded on an allegation of breach of US sanctions, sanctions which Canada has expressly repudiated," he added.

Peck said the United States cast this matter as a case of fraud against a bank, which he described as "an artifice".

"In reality, sanctions violation is the essence of the alleged misconduct ... the United States has a global interest in enforcing its Iran sanctions. Sanctions drive this case," Peck added.

There are more than 150 people in the high-security basement courtroom in downtown Vancouver where the hearing is being held, including journalists from all around the world. The gallery where spectators sat quietly is separated from where the judge and lawyers sit by large sheets of glass, creating a fishbowl-like effect.

Meng's legal team is currently only scheduled to call evidence in the last week of April, and a second phase of the trial, focussing on abuse of process and whether Canadian officials followed the law when arresting Meng, is set to begin in June. Closing arguments are expected in the last week of September and first week of October.

The case has had a chilling effect on relations between Ottawa and Beijing. China has called Meng's arrest politically motivated.

US President Donald Trump told Reuters in December 2018 he would intervene in Meng's case if it served US national security interests or helped close a trade deal with China. Chrystia Freeland, Canada's foreign minister at the time, quickly warned Washington not to politicize extradition cases.

'Slam dunk'
Huawei said in a statement that it stands with Meng in her pursuit of justice and freedom. "We trust in Canada's judicial system, which will prove Ms. Meng's innocence," it added.

Richard Kurland, a federal policy expert and lawyer not involved with the case, called Meng's double criminality argument around the absence of Canadian sanctions against Iran a sure bet.

"The clear priority of everyone in our government ... is the release and well-being of Michael Kovrig and Michael Spavor. That is at the heart of all the work we are doing and rightly so," Freeland, now Canada's deputy prime minister, told reporters in Winnipeg on the sidelines of a cabinet retreat.

Meng's legal team argued in November that she could not be extradited as Canada did not have sanctions against Iran at the time Canadian officials authorized commencing with the extradition, meaning her conduct was not illegal.

In response, Canada's attorney general said Meng was arrested on charges of fraud and misleading HSBC, which is a crime in both countries.

"Our government has been clear that we are a rule-of-law country and that we honour our extradition treaty commitments. That is what we need to do and that is what we will do," Freeland said.