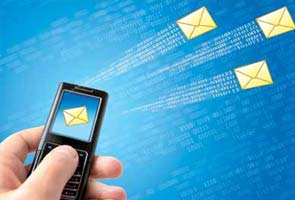 Delhi High Court set aside cap of 200 SMSs per day for personal communications but upheld curb for unsolicited commercial SMSs.

The Telecom Watchdog's petition had sought quashing of a TRAI regulation, which provides that only up to 200 short messages could be sent through a single SIM in a day.

The court, in its 30-page judgement, rejected the plea that unsolicited commercial communications enjoyed the immunity under the constitutional right to freedom of speech and expression.

"Examined in the light of the aforesaid legal position, it appears to us that UCCs are normally commercial advertisement meant for furtherance of trade and commerce and not sent with the objective of propagation of ideals, social, political or economic or in furtherance of literature or human thought.

"Therefore, prima facie such UCCs would not even amount to freedom of speech under Article 19(1)(a) of the Constitution and, therefore, provision can be made by placing restrictions on such UCCs," it said.

The court said even if it is assumed that commercial SMSs fell under the right to freedom of speech and expression, it can be subjected to "reasonable restrictions" as enshrined in the Constitution and "imposing a cap on the maximum number of UCCs may pass the test of reasonable restrictions."

"While adjudging the reasonableness of restrictions, another factor which is to be kept in mind is the balancing of the right to freedom of expression of the persons exercising such right on the one hand and the rights of other persons which would include right to privacy as well as right to live nuisance free life," it said.

The high court said the state has a "compelling interest" in regulating the right to speech when it comes in conflict with the right to privacy of other citizens.

Referring to an apex court judgement, the bench said while one has a right to speech, the others too have the right to listen or decline to listen.

"We can also appreciate the anxiety of the TRAI which has, in true spirit, accepted and realise the unbalancing and obnoxious levels of UCCs. However, while, the aforesaid provisions have been made, keeping in mind this objective and examining the issue from this angle, the moot question is as to whether while doing so, the TRAI could trample upon the rights of others, not indulging in voice calls/ SMSs for commercial purposes in mind but only with the objective of dissemination of information," it said.

The court, however, rapped the telecom regulator saying while putting a curb on UCCs, "the TRAI has painted the second category (personal and private communications) also with the same brush and imposition of such a condition qua others is not related to the purpose mentioned in Article 19(2).

"This restriction, in the present from without any provision of proper regulation in our view, offends the fundamental rights of the users enshrined under Article 19(1)(a) of the Constitution."

Earlier, Prashant Bhushan, appearing for Telecom Watchdog, had said the restriction was "arbitrary, wholly unnecessary" and violated the fundamental freedom of citizens and was against democratic norms.