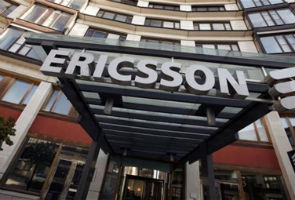 Half the world will have access to 4G mobile networks by 2017 providing the high-speed Internet access needed to download videos and play games on smartphones, Ericsson said in a report on the telecoms market on Tuesday.

A huge surge in data traffic has driven demand for high capacity networks as people on-the-go use smartphones like Apple's iPhone to surf the net.

While Ericsson said it expects 3G to remain the main technology for years to come, it reckons the demand for high-speed Internet access means operators will have to build new 4G networks to cope.

By 2017, around 50 percent of the world's population will have access to a 4G network - a technology in which Ericsson has a dominant market share - up from around 5 percent in 2011.

"This revolution is driven by smartphones, by video, by cloud-based services, the Internet and end-to-end connectivity," Johan Wiberg, head of Ericsson's networks unit, said after publication of the report.

Ericsson has a market share of more than 60 percent in LTE against a share of around 38 percent overall in the mobile equipment market.

Operators in North America have already started building fourth-generation, or LTE networks, and countries like Korea and Japan are expected to be early adopters of the technology.

But mobile equipment firms are hoping that operators in Europe and other regions will also soon start to pour money into 4G networks as their 3G networks become overloaded with data traffic.

Ericsson said it expects smartphone subscriptions to rise to around 3 billion in five years from around 700,000 in 2011.

Nearly 40 percent of all mobile phones sold in the first quarter were smartphones, though only 10-15 percent of phones currently in use have PC-like functions, Ericsson said.