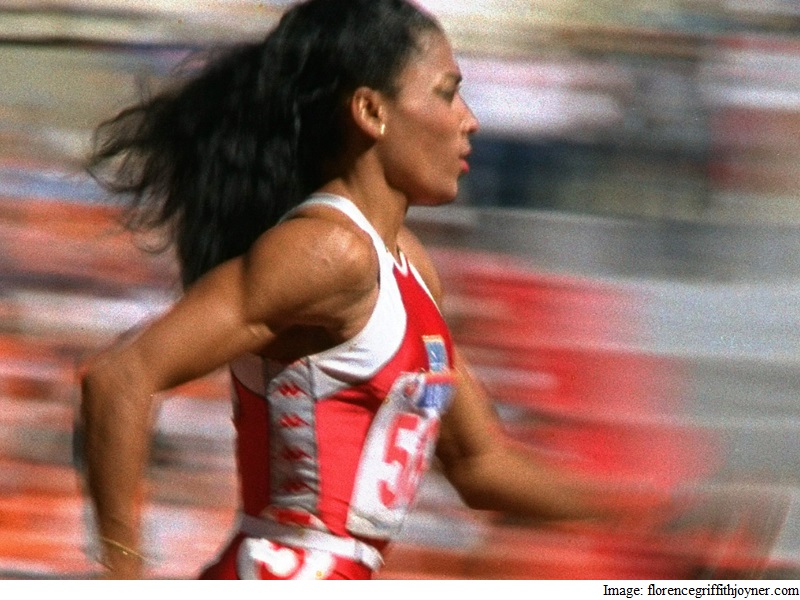 The English-language adverts circulated online feature a painting of Griffith Joyner, widely known as "Flo Jo", raising her muscular arms in triumph while crossing a finish line under the heading "Strategic Breakthrough".

Griffith Joyner, a flamboyant runner renowned for long colourful nails and spandex tracksuits, posted relatively slow times early in her career but set jaw-dropping records in the women's 100-metre and 200-metre sprints at the 1988 Olympics. She retired a year later.

No woman has ever run faster.

Like Flo Jo, the advert says, "Huawei's people have persevered through decades of hard work, relentlessly pursuing the technological breakthroughs that will usher in our future information society."

In 1989 a track athlete said he sold Griffith Joyner human growth hormone before the Olympics, a claim she strenuously denied.

She never failed a drug test but died in her sleep from an epileptic seizure in 1998, aged 38.

Analysts said the use of Griffith Joyner's image despite the controversy appeared to reflect an attitude that in business, ends justify the means.

"Whether it's sports or business you have a pass for any which way you get there, and I think Flo has that pass too."

Huawei spokesman Roland Sladek defended the advertisements on Tuesday, saying "the rumour was years and years ago".

"The controversy was old, there was never any proof of it, to my knowledge," he added.

Flo Jo was chosen to illustrate one of the company's "main values" as part of a multi-year, multi-million dollar global campaign, he added.

Griffith Joyner epitomised "breakthrough" as her training showed that if someone was focused and persevered, "at some point you will succeed", he said.

Since its founding in 1987 Huawei has surged to become one of the world's top manufacturers of network equipment, operating in 170 countries and expanding rapidly into consumer electronics such as smartphones.