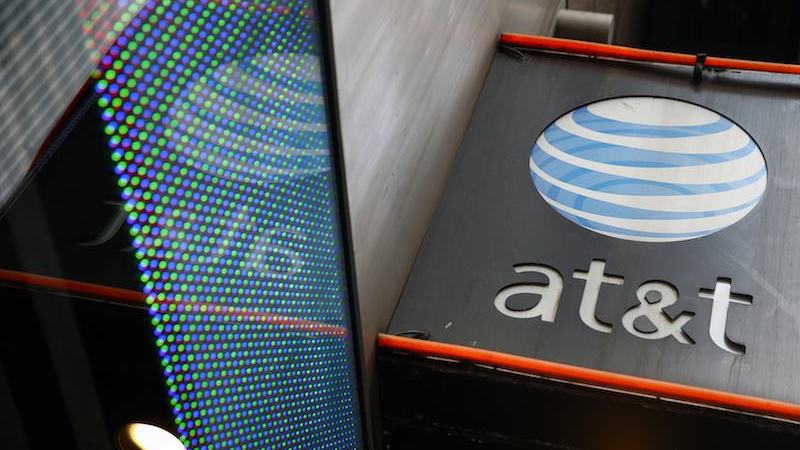 AT&T Inc.'s agreement to buy Time Warner Inc. for $85.4 billion (roughly Rs. 5,71,318 crores) would form a media and telecommunications empire that owns many of the movies and TV shows it pumps through to subscribers, provided that regulators sign off on a deal at a time that they and lawmakers have grown skeptical of media consolidation.

The deal caps AT&T Chairman and Chief Executive Officer Randall Stephenson's vision to expand into media and entertainment as his company's wireless, internet and pay-TV services businesses mature. Gaining premium cable channel HBO, CNN and the Warner Bros. studio means AT&T becomes a content owner rather than just a distributor of video -- giving it extra reach amid disruptive changes in the ways that viewers decide what, and how, to watch.

"Having scale, reach and diversity of assets might offer the greatest protection of all," said Walt Piecyk, an analyst at BTIG LLC in New York.

That scale also may invite extra regulatory scrutiny to the deal. The pairing faces a potentially rocky path through Washington as the Democratic and Republican presidential nominees both express suspicion of blockbuster transactions.

The cash-and-stock deal values Time Warner at about $107.50 a share, the companies said Saturday in a statement, 20 percent more than Friday's closing price. Time Warner shareholders are to receive $53.75 a share in cash and $53.75 a share in AT&T stock. The transaction is valued at $108.7 billion (roughly Rs. 7,27,140 crores) including Time Warner's net debt.

Executive meetings
Senior executives of the companies had met in recent weeks to discuss business strategies and an agreement was near as of Friday, Bloomberg reported, citing people familiar with the talks. The acquisition comes a little more than a year after Dallas-based AT&T became the largest US pay-TV distributor when it completed its $48.5 billion purchase of satellite-TV provider DirecTV.

"When we first discussed this we thought it might be unique enough and worthy of investigating whether we could put the two companies together and create something different," Stephenson said on a conference call Saturday night to discuss the deal.

Jonathan Chaplin, an analyst at New Street Research in New York, called the combination "an awkward marriage." AT&T, rooted in a century-old telecommunications system, is attempting to pair a more stodgy culture with one that has a distinctly more dynamic New York media and Hollywood mindset.

Political environment
Cultural distinctions aside, the marriage is also sure to prompt close review by regulators and by rivals, some of whom may now be compelled to consider deals of their own. The merger is subject to approval by Time Warner shareholders as well as review by the US Justice Department, and is expected to close by year-end 2017.

Republican presidential candidate Donald Trump, who has complained about concentration power at media companies, said Saturday that he would look at blocking the combination if elected. Democratic nominee Hillary Clinton's running mate, Senator Tim Kaine of Virginia, said on NBC's "Meet the Press' that he shared "concerns and questions" raised by fellow Senator Al Franken, Democrat of Minnesota.

Franken, who sits on the Senate Judiciary Committee, said in a statement on Saturday that huge media mergers "can lead to higher costs, fewer choices, and even worse service for consumers."

Deal terms
Once the deal closes, Time Warner shareholders will own between 14.4 percent and 15.7 percent of AT&T shares. AT&T expects the deal to be accretive in the first year and sees $1 billion in annual cost synergies within three years of closing.

AT&T has commitments for a bridge loan of $40 billion to finance part of the cash portion of the deal, according to the statement. JPMorgan Chase & Co. is contributing $25 billion of the financing, with Bank of America Corp. providing the rest, according to a person familiar with the arrangement.

The proposed deal calls for Time Warner to pay about a $1.72 billion breakup fee, and AT&T to pay $500 million, a separate person said.

"This is going to supercharge our creative abilities, allow us to experiment more and it gives us more financial heft," Time Warner Chairman and CEO Jeff Bewkes said on the call. "It will attract more cutting-edge projects and talent, so we are going full steam ahead."

Changing consumers
Time Warner's huge entertainment offering gives AT&T new revenue streams at a time when subscribers to traditional pay-TV are cutting the cord and switching to cheaper "skinny bundles" like Dish Network Corp.'s Sling TV or to online services such as Netflix and Amazon.com.

To keep its wireless customers from switching to lower-priced rivals T-Mobile US Inc. and Sprint Corp., AT&T has offered packages of unlimited mobile data and TV service. Time Warner will represent about 15 percent of the combined company's revenues.

The deal comes two years after Time Warner's Bewkes and his board rejected an $85-a-share offer from Rupert Murdoch's 21st Century Fox Inc., which valued Time Warner at the time at more than $75 billion.

Original programming
In the interim, Bewkes has focused on creating must-see original programming and acquiring sports rights to draw TV viewers and extract higher fees from AT&T and other distributors such as Comcast Corp. Time Warner also owns a 10 percent stake in web-streaming service Hulu, for which it paid $583 million earlier this year, according to people with knowledge of that deal.

Bewkes, 64, will stay at the combined company for a transition period after the deal, he said on a conference call Saturday. No specific time has been set for how long he'll stay. He acknowledged Time Warner's checkered dealmaking history, including its disastrous merger with America Online in 2000.

"Time Warner has been through many combinations, many historic," Bewkes said. "The first one Time and Warner, and then we added Turner, and then we did have a misstep of course with AOL. We are feeling very positive about this."

In the second quarter, Time Warner's Turner cable network had revenue of $3 billion, while HBO posted sales of $1.5 billion, and the Warner Bros. studio, producer of the "Harry Potter" franchise, "The Big Bang Theory" and DC Comics properties, had sales of $2.7 billion.

Time Warner also has an airwaves license for a TV station in Atlanta, which could give the FCC jurisdiction to scrutinize the deal if that license is transferred to AT&T. They potentially could sell the station to escape FCC scrutiny.

The FCC's newer rules have restricted growth for carriers in the telecom world. That's driven them to integrate other businesses like television and media, Roger Entner, an analyst with Recon Analytics LLC in Dedham, Massachusetts, said in an interview before the deal was announced.

"The wildcard in all this will be the FCC," Entner said. "It's hard to predict what the regulators will do. They are pretty much starting with a blank page."