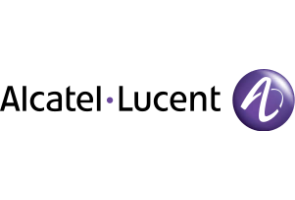 Telecoms equipment maker Alcatel-Lucent has informed unions that it plans to cut a total of 5,490 jobs worldwide as part of a cost-cutting drive unveiled in response to sliding profits.

The job losses, from a total workforce of 78,000, are designed to help Alcatel trim 1.25 billion euros ($1.6 billion) from its annual costs by the end of 2013, and shares in the company leapt higher in Paris trading on the announcement.

The rationalisation was announced in July after the company revealed a second quarter loss of 254 million euros ($309 million).

The job losses confirmed Thursday are slightly higher than the total of 5,000 the company indicated in July. French union officials said 3,300 jobs would go in Europe, including 1,430 in France where Alcatel has 9,000 people on the payroll.

Since Alcatel and Lucent merged in 2006, the group has carried out several restructuring plans that included heavy job losses.

In 2008, an additional 4,000 jobs were cut, with 1,000 more in 2009, although the total numbers did not necessarily decline by that amount owing to the acquisition by Alcatel-Lucent of other activities in the meantime.

On Thursday, Alcatel-Lucent shares showed a strong gain of 6.50 percent to 0.852 euros in afternoon trading, while the CAC 40 index was down by 0.16 percent overall.