The YouTube Premium offer is live for Airtel customers in India until April 22, 2021. 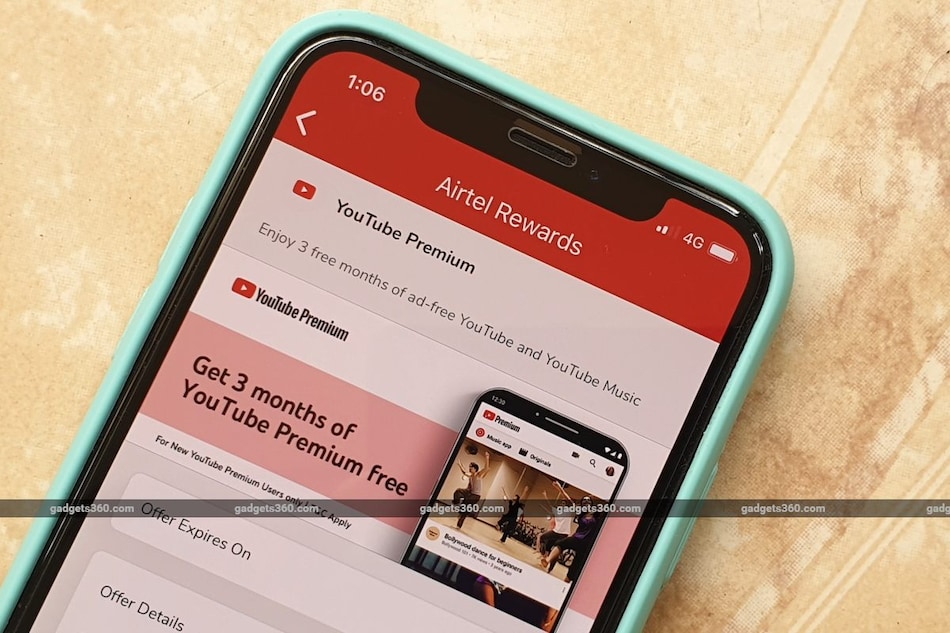 Airtel is giving YouTube Premium trial through the Airtel Thanks app

The YouTube Premium offer is live for Airtel customers in India until April 22, 2021. It was silently launched a few days back, though the trial has now been rolled out widely.

As per the details available on the Airtel site, the trial promotion is available only to new YouTube Premium users. This means that if you already have a YouTube Premium subscription, you won't be able to get the new benefit. The telco also mentioned that the offer won't be provided to existing YouTube Music Premium, YouTube Red, and Google Play Music subscribers.

Select Airtel users have been informed about the new offer through the Airtel Thanks app. However, Airtel has also created an online form through which a trial code can be availed for getting free YouTube Premium access. The operator noted that the codes could take up to six months to be sent, though. Users also need a Google account for signing up on YouTube Premium.

Once the trial completes, customers will be automatically charged the standard subscription price of YouTube Premium. Users will, however, have the option to cancel the trial at no charge at any time before it is over.

Earlier this week, Airtel started offering a free Disney+ Hotstar VIP subscription for a year to its broadband and postpaid subscribers. That offer is applicable on the Rs. 999 and above broadband plans as well as the Rs. 499 and above postpaid plans.