Airtel Xstream Thanks Offer is available only to Airtel Thanks users and is valid until the end of this month. 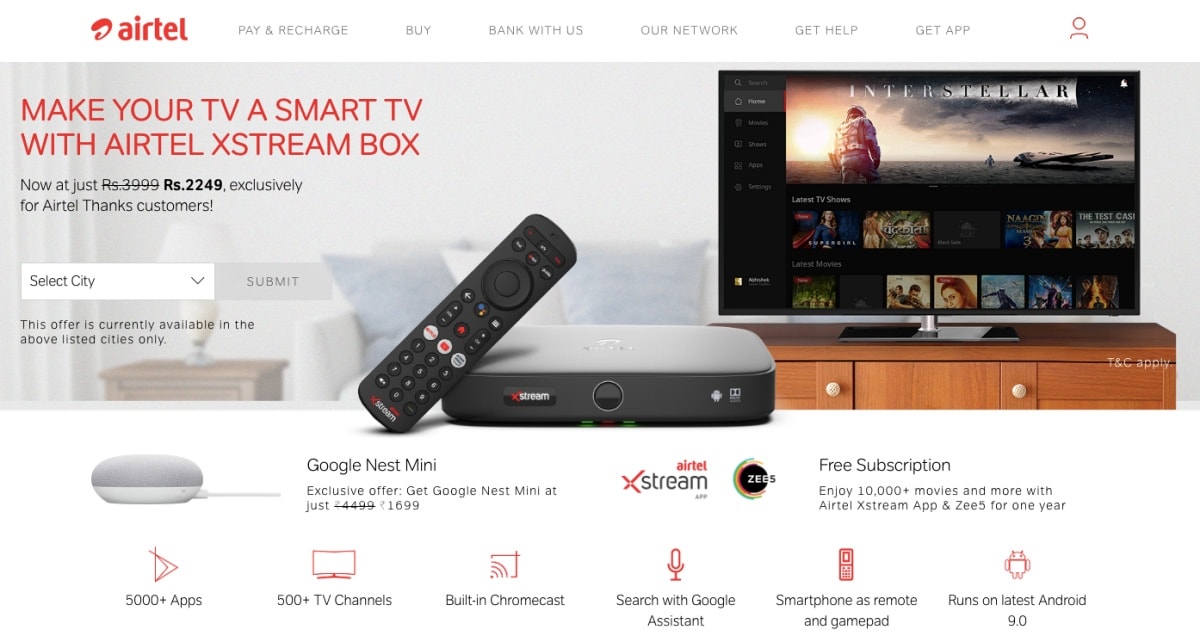 Airtel is running a promotion for Xstream Box buyers that will enable them to purchase Google Nest Mini at a discounted price of Rs. 1,699. To recall, Google Nest Mini is sold at Rs. 4,499 without promotions in the country. According to the Airtel Xstream Thanks Offer page on the operator's website, the offer is valid only for Airtel Thanks customers. Airtel Thanks is the company's rewards programme that include several benefits, but it can only be availed by Airtel Infinity postpaid customers, prepaid customers on unlimited recharge packs of Rs 119 or above, and Airtel broadband customers.

Folks at DreamDTH, who first spotted the offer first, note that the offer is applicable to buyers who have activated the Xstream set-top box since January 8 this year and it will continue to be available until January 31. Airtel will send coupon codes to get the discounted Google Nest Mini to the customer's registered mobile number within seven days of Xstream Box activation. The codes will be valid until the end of February.

To recall, Airtel Xstream Box was launched in India back in September last year alongside Xstream Stick. It was initially priced at Rs. 3,999. The set-top box runs Android 9.0 Pie and gives users access to the Google Play Store. It also packs an in-built Chromecast.

Google Nest Mini, on the other hand, debuted in November last year. It is the successor to Google's Home Mini. Nest Mini claims to sound better and perform faster than its predecessor. It's available in India in two colours - Chalk and Charcoal - and supports leading music streaming services in India.