Airtel Broadband's Rs. 1,000 discount offer is live until tonight, so hurry up! 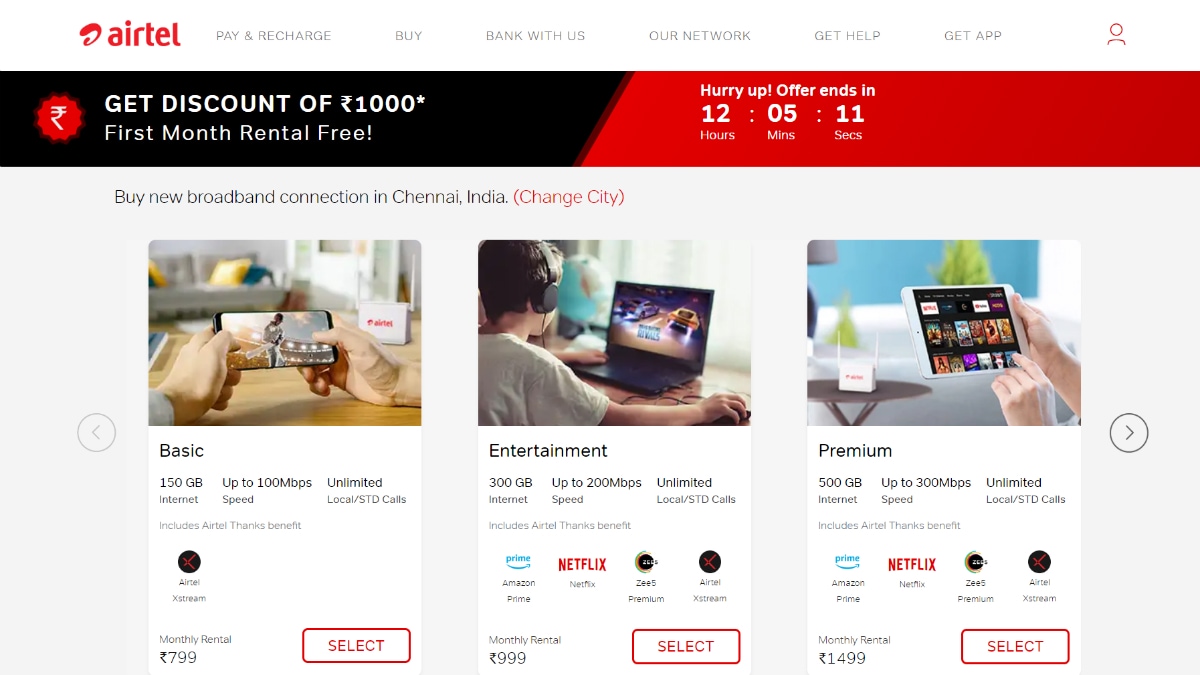 Airtel broadband is offering a Rs. 1,000 discount to its new customers as it attempts to expand its customer base to take on the likes of Jio Fiber and ACT Fibernet. The new offer, which is currently live in Bengaluru and Chennai, is available as a limited-period promotion and is accessible through the Airtel website and MyAirtel app. Customers who're opting for the entry-level Rs. 799 broadband plan can avail first month rental for free. However, in case of preferring plans over Rs. 799, there is a Rs. 1,000 discount.

Airtel has listed the discount offer on its site and MyAirtel app for the Bengaluru and Chennai circles. As per the banner available on the Airtel website, the new offer is valid until tonight.

In late October, Airtel revised its broadband plans and brought the option to avail unlimited high-speed data at Rs. 299 a month. The operator also rebranded its broadband service to ‘Airtel Xstream Fibre'. As per the revised plans, Airtel provides broadband service starting at Rs. 799 that goes up to Rs. 3,999 with as much as 1Gbps speed and bundled benefits such as Netflix, Amazon Prime, and Zee5 subscription.

The Rs. 799 broadband plan offers up to 100Mbps speed along with data allowance of 150GB and unlimited access to Xstream content. Customers also have the option to upgrade their data allowance to unlimited by paying a separate monthly charge of Rs. 299.

Ahead of revising its plans, Airtel discontinued its data rollover facility for broadband subscribers that was meant to carry forward unused to the next billing cycle.